Women who received radiation therapy for Wilms’ Tumor are at increased risk of complications during pregnancy and, therefore, should be carefully assessed and monitored by their obstetricians. These conclusions were part of a National Wilms’

Women who received radiation therapy for Wilms’ Tumor are at increased risk of complications during pregnancy and, therefore, should be carefully assessed and monitored by their obstetricians. These conclusions were part of a National Wilms’ Tumor Study Group (NWTSG) report published in the Journal of Clinical Oncology (20:2506-2513, 2002). Daniel M. Green, MD, department of pediatrics, Roswell Park Cancer Institute, was the lead author.

"This is the first study to evaluate the risk of increased complicationsof pregnancy due to prior Wilms’ tumor treatment," said Dr. Green."We found that female survivors of Wilms’ tumor who were treated withradiation are at increased risk for early or threatened labor and that theirchildren are more likely to be premature and may be at increased risk of certaincongenital defects. These increased complications were not seen in the partnersof male survivors of Wilms’ tumor who received the same treatment."

The study was limited to pregnancies of patients or partners of patients whoreceived either no abdominal irradiation or only flank irradiation as part oftheir initial course of treatment. The NWTSG reviewed reports of 427 pregnancieswith a duration of 20 weeks or more, including 409 liveborn singletons. The mostcommon complications identified during pregnancy included malposition of thefetus and early or threatened labor. Offspring of the irradiated women were morelikely to have a low birthweight and be premature (less than 36 weeks’gestation). An increased percentage had one or more congenital malformationssuch as cleft lip and palate, undescended testes, or clubfoot.

"We found that the identified complications were more frequent amongwomen who received a higher radiation therapy dose," said Dr. Green."Additional research is needed to validate these observations and determineif survivors who received lower flank radiation therapy are less likely to havethese complications with a pregnancy. Survivors and their physicians must beaware of these issues when guiding a pregnancy to term." 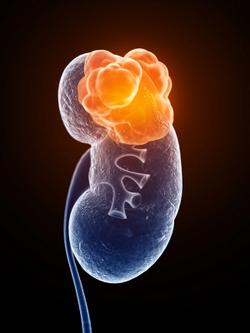 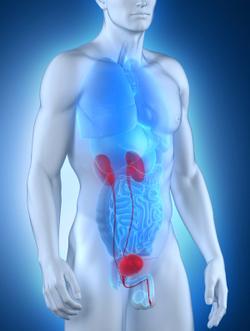