Using a super computer, a team at Brown University has created a model of sickle cell anemia, devising a method that could help researchers assess and evaluate treatments to combat sickle cell disease.

The use of super computers may allow scientists to outsmart sickle cell disease. Currently, a cure for sickle cell disease (SCD) remains elusive, but researchers at Brown University are working to change that. They have devised a multiscale model of sickle cell disease that captures the molecular origins of the disorder inside red blood cells. These insights may quickly translate into new treatments.

Using the Titan super computer, the team modeled the disease from the ground up, devising a method that could help researchers assess and evaluate treatments to combat sickle cell disease. The technique is called the mesoscopic adaptive resolution scheme (MARS) and it selectively sacrifices detail to capture new information about sickle cell disease.

Scaling the technique to thousands of processors on the Titan super computer, the team bridged time and length scales separated by three orders of magnitude. Investigator George Karniadakis, a professor of applied mathematics at Brown University in Providence, Rhode Island, said this method allowed the team to actually look at this process from the hemoglobin molecule all the way to the red blood cell.

“We have conducted multiscale simulations that combine and systematically link together sub-cellular, cellular, and vessel phenomena spanning across four orders of magnitude in spatio-temporal scales. We have had some surprising findings,” Dr. Karniadakis told Cancer Network.

For example, the researchers discovered at the vessel scale that it is a sticky type of red blood cell (RBC), not the rigid sickle cell, that starts the blockage and leads to a sickle cell crisis. Dr. Karniadakis said this is the first study to identify a specific biophysical mechanism through which vaso-occlusion takes place. At the cellular scale, the researchers characterized the complex behavior of individual sickle RBCs in a capillary-like microenvironment under transient hypoxia through patient-specific predictive computational simulations.

At the molecular scale, the team has developed a particle-based hybrid hemoglobin model for studying the polymerization of the mutated form of hemoglobin and subsequent interaction with RBC membrane. “Our simulations provide new insights on fiber-fiber interactions inside RBCs,” said Dr. Karniadakis.

Deploying MARS simulations on the Titan super computer, the researchers demonstrated the link between polymer fiber growth and the various red blood cell shapes observed in SCD patients. Only around 20% of sickle red blood cells resembled the familiar crescent moon shape, and the remainder exhibited variations. Using the simulation data, Karniadakis’ team was able to produce a polymerization profile for each of the major cell shapes associated with the disease.

The researchers concluded that crescent-shaped RBCs do not cause blockages on their own. “Instead, softer, deformable RBCs known as SS2 cells start the process by sticking to capillary walls. The rigid crescent-shaped cells then stack up behind the SS2s, like traffic behind a car wreck,” explained Dr. Karniadakis.

He said these findings distinguish the roles of cell sickling/stiffening and cell adhesion in the pathogenesis of SCD. This now opens up the door to design and evaluate new clinical therapeutic approaches and interventions, including an anti-sickling therapy and anti-adhesive therapy. 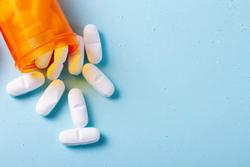 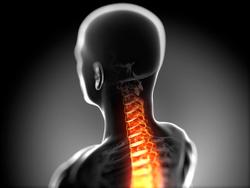