A new personalized DNA-based assay can detect very low levels of persistent disease in chronic myeloid leukemia (CML) patients thought to be in deep remission, according to a new study. The test could help with treatment choices regarding cessation of tyrosine kinase inhibitor (TKI) therapy in these patients.

A number of recent studies have examined the possibility that some patients could stop TKI therapy after achieving deep molecular remission. “However, the safe introduction of a TKI-withdrawal strategy would require a reliable and cost-effective method for the identification of those patients with the lowest likelihood of relapse,” wrote study authors led by Alistair G. Reid, BSc, PhD, of Imperial College London.

Because the likelihood of relapse after withdrawal from therapy is probably related to persistence of residual disease, testing for low levels of BCR-ABL1–positive disease is key. In the new study, the researchers tested an assay using personalized DNA-based polymerase chain reaction (dPCR) involving identification of t(9;22) fusion junctions. The results were published in the Journal of Molecular Diagnostics.

They successfully mapped genomic breakpoints in 32 of 32 samples from CML patients with early-stage disease. Next, they tested 46 samples from 6 patients following treatment with a TKI and compared results to other quantitative PCR methods; 10 of the samples were used as positive controls, while the others were considered to be in deep molecular remission.

Of those 36 samples, dPCR detected persistent disease in 81%. This was more sensitive than two other PCR-based approaches, including RT-dPCR (25%) and DNA-based quantitative PCR (19%).

“The technologies described allow for the assignment of absolute quantities to both BCR-ABL1 DNA and RNA targets, facilitating for the first time direct comparison of mean expression vs cellular disease burden,” the authors wrote. They added that it remains to be explored whether the risk of relapse after withdrawal of therapy is related to just the number of CML cells or also to the degree of transcriptional activity in those cells.

“If validated in clinical trials of stopping TKIs, this technique will permit a more personalized approach to recommendations for dose reduction or drug cessation in individual patients, ensuring that therapy is withdrawn only from patients with the highest chance of long-term remission,” said study author Jane F. Apperley, MD, PhD, also of Imperial College London, in a press release. “The technique we describe, with which we successfully mapped a disease-specific junction in all patients tested, is relatively simple, cost-effective, and suited to a high-throughput laboratory.” 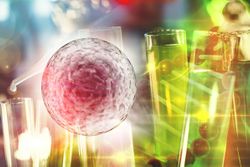