Treatment with olaparib in the maintenance setting extended overall survival by more than a year in women with platinum-sensitive relapsed ovarian cancer with BRCA1/2 mutations.

“Relapsed ovarian cancer is associated with poor outcomes. Therefore, treatment goals include delaying symptomatic disease progression and prolonging survival,” lead study author Andres Poveda, MD, Initia Oncology, Hospital Quironsalud, in Valencia, Spain, said during a pre-recorded presentation. “However, improvements in overall survival are difficult to demonstrate in ovarian cancer trials because of crossover and limited options. Limited progress has been made in improving overall survival in the last two decades.”

At 5 years, 42.1% of women treated with olaparib were alive, compared with 33.2% of those who received placebo.

Of note, the SOLO2 trial is the first phase 3 trial to provide OS data on a maintenance PARP inhibitor, Poveda said

“(The progression-free survival [PFS] results) were the basis for FDA approval of olaparib in this patient population for maintenance therapy. (The OS results), while they won’t change access to the drug because it’s already FDA approved, it is comforting to get the survival data showing that in fact the treatment concurs with progression-free survival benefit,” Richard L. Schilsky, MD, FASP, FSCT, FASCO, ASCO chief medical officer and executive vice president, said during the briefing.

Poveda also noted that 39% of patients in the placebo group crossed over to treatment with olaparib, and were not included in the OS analysis. Eleven percent of patients treated with olaparib received a subsequent PARP inhibitor.

Long-term tolerability of the agent appeared to be consistent with previously reported findings. The most common treatment-related adverse events (AEs) were nausea, fatigue, and anemia. AEs led to dose interruptions in 50% of the olaparib arm and 19% of the placebo arm; dose reductions in 28% and 3%, respectively; and treatment discontinuations in 17% and 3%.

At final data cut-off on February 3, 2020, median follow-up was 65 months in both treatment arms. The trial included patients with relapsed BRCA-positive ovarian cancer responding to platinum-based chemotherapy who previously received at least 2 lines of chemotherapy and had cancer that was responding to recent platinum-based chemotherapy. Patients were randomized 2:1 to receive maintenance therapy with olaparib as a 300-mg tablet twice daily (n = 196) or placebo (n = 99). Study treatment continued until disease progression.

“This study confirms that the PARP inhibitor olaparib should be the standard maintenance therapy for patients with BRCA-related relapsed ovarian cancer responding to platinum-based chemotherapy – a significant advance for women with a cancer that has a historically poor prognosis,” Schilsky said in a press release.3

In an interview with CancerNetwork, Dr. Konstantin Zakashansky, director of minimally invasive surgery for the Mount Sinai Health System and director of gynecologic oncology at Mount Sinai West, applauded the findings.

“This is of the largest improvement in (overall survival) of any recurrent ovarian cancer patients’ trials reported to date,” he said. “PARP inhibitor trials have revolutionized therapy for ovarian cancer in frontline as well as in the recurrent setting. All of the recently presented trials show significant improvement in progression free survival. Overall survival data, however – which is considered the most clinically relevant endpoint in oncology trials and remains the ‘gold standard’ because of its relevance and objectivity – has been limited.”

3. ASCO press release. Maintenance Therapy With PARP Inhibitor Olaparib Extends Survival By Over 1 Year in Patients With Relapsed Ovarian Cancer and BRCA Mutation. Available from: https://www.asco.org/about-asco/press-center/news-releases/maintenance-therapy-parp-inhibitor-olaparib-extends-survival. Published May 13, 2020. Accessed May 13, 2020. 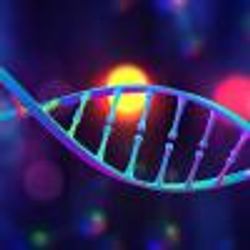 Kelly Morgan, MS, CGC, on Findings from the BFOR Trial in Genetic Testing