"We believe now that tumor cells or antigens secreted by tumor cells may be picked up by antigen-presenting cells such as dendritic cells and presented to both CD4 and CD8 T cells, which can then mediate tumor rejection. The vaccine approach largely seeks to enhance or amplify this response," said Dr. Kaufman, associate professor of surgery, Columbia University College of Physicians and Surgeons, New York.

Poxviruses are attractive agents because they replicate in the cytoplasm and do not integrate into the nucleus of infected cells. Infection triggers processing and presentation of the expressed antigens with a full range of immune responses, including antibodies and T-cell-mediated responses. The ECOG trial tested a heterologous prime/boost approach using both vaccinia and nonrepli-cating fowlpox vaccines.

The E7897 study enrolled 70 men with prostate cancer limited to the prostate gland who had completed local therapy at least 3 months prior to randomization. Patients had elevated PSA, defined as greater than 2 ng/mL in surgical patients or as three successive increases for radiation patients. Patients were required to have a negative CT scan of the abdomen and pelvis and a negative bone scan within 4 weeks of randomization. Neo-adjuvant therapy must have been completed 6 months prior to enrollment.

Patients were randomized to three study arms. Arm A was a series of four fowlpox PSA vaccinations. Arm B was three fowlpox-PSA injections followed by a single vaccinia-PSA injection. Arm C was a single prime of vaccinia-PSA followed by three fowlpox-PSA immunizations. Patients were vaccinated every 6 weeks. Vaccinia-PSA was given intradermally. Fowlpox-PSA was given subcutaneously. The study was designed with the power to distinguish a 5% PSA progression-free rate at 6 months from a 30% progression-free rate.

Four patients were excluded because they had disease that was not limited to the prostate gland on pathologic analysis. One patient had eczema and was excluded before getting the first vaccine. One patient had an unknown skin lesion and was excluded out of concern that the vaccinia might be harmful. Five percent of patients were not evaluable due to missing baseline PSA levels or scans.

Dr. Kaufman pointed out that Arm C had more African-American patients, who typically have a worse prognosis, and slightly higher mean PSA levels, although this difference was not statistically significant.

The treatments were well tolerated. Grade 3 hyperglycemia occurred in two patients who were known to be diabetic. Grade 1 and 2 toxicities were mainly local skin reactions at the vaccination site.

Dr. Kaufman said that the best overall response was stable PSA, which occurred in 78% of patients on Arm A, 75% on Arm B, and 86% on Arm C (see Table). Survival free of PSA progression was measured from randomization to PSA progression across the arms.

The investigators concluded that prime/boost vaccination with vaccinia and fowlpox PSA immunizations was safe and well tolerated. There was an increase in PSA-specific T-cell responses in approximately one third of tested patients.

"All patients had previous smallpox vaccination, which may limit the true benefit of the prime/boost strategy in this group," Dr. Kaufman added.

There was a slight trend toward more aggressive-disease patients in Arm C, he commented, "so the fact that Arm C trends toward improvement may further support the prime/boost approach. We believe that the only way to really evaluate these vaccines is to use appropriate controls in larger phase III clinical trials." 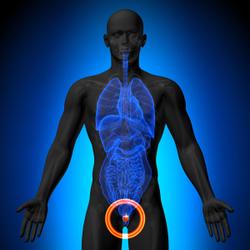