Real-world patients with stage III colon cancer who were treated in the community practice setting with modified FOLFOX6 received less oxaliplatin vs historic controls from the phase 3 MOSAIC trial.

In a comparison between secondary data from the MOSAIC trial and electronic health records from the US Oncology Network, the median relative dose intensity (RDI) for each group of patients was 80% (95% CI, 78%-82%) and 70% (95% CI, 69%-71%), respectively. The final median longitudinal cumulative dose (LCD) for patients enrolled in the MOSAIC trial was 10.2% (95% CI, 7.7%-13.4%) higher than patients in the US Oncology group, with the latter receiving 1.2 (95% CI, 0.9-1.6) less treatment cycles of standard oxaliplatin. Based on LCD, this difference in oxaliplatin delivery began 133 days after initiating chemotherapy, something that could not be identified with RDI.

“There are many explanations for discrepancies in oxaliplatin LCD, given that LCD differences were not reduced by standardization. Reductions, delays, and discontinuation all lower LCD and occur more often in real-world than in trial settings because of the willingness and need for oncologists and patients to deviate from protocols. That the median LCD for US Oncology patients plateaued earlier than for the MOSAIC participants suggests that discontinuation rather than dose reduction may be associated with the LCD gap,” the authors wrote.

This study compared the RDI and LCD of oxaliplatin delivery at the end of treatment for patients with stage III colon cancer. The first population included 663 patients who were treated with FOLFOX and received at least 1 cycle of chemotherapy in the MOSAIC trial. The second population included 2523 real-world patients who received mFOLFOX6 based on data available in in the US Oncology Network’s electronic health records from 2009 to 2018, which included oncology-based data across more than 400 community oncology practice sites.

Standardizing MOSAIC’s covariate distribution to US Oncology’s had a negligible impact on LCD, suggesting that patient characteristics did not affect these differences. According to the study’s authors, the differences in median LCD appearing only after 133 days of treatment suggest that 6-cycle regimens, which typically finish after 84 days, may result in similar LCDs and RDIs across real-world and trial settings, although additional research is needed to characterize this 6-cycle delivery. 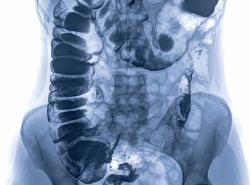 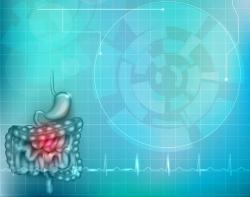