Results From the Multiple Myeloma Trials

We discuss some of the anticipated multiple myeloma trials with Sagar Lonial, MD, ahead of the 2015 American Society of Clinical Oncology Annual Meeting.

Today, ahead of the American Society of Clinical Oncology Annual Meeting, we are speaking with Sagar Lonial, MD, professor in the department of hematology and medical oncology at Emory University School of Medicine in Atlanta and director of its translational research, B-cell malignancy program. Dr. Lonial is presenting two multiple myeloma studies at the meeting on June 2nd-a phase II study of daratumumab monotherapy in previously treated patients and the phase III ELOQUENT-2 trial of lenalidomide and dexamethasone with or without elotuzumab in relapsed/refractory patients.

Cancer Network: Dr. Lonial, could you describe the current standard of care for patients with advanced multiple myeloma?

Dr. Lonial: Thank you very much for having me here. I think there are really two big categories that we think about when we think about patients with relapsed myeloma. The first is what we consider early relapse, and those are patients that have had one to three prior lines of therapy, maybe resistant to one or two agents, but not necessarily refractory to multiple agents. The second category includes patients with refractory, end-stage myeloma, and those are patients that have been exposed to and are likely resistant to currently available treatment options that are out there at this time. I think that is where these two abstracts fall into different clinical categories of relapsed myeloma. For patients who have early relapse, the use of either the combinations of bortezomib or carfilzomib or lenalidomide probably form the basis of how people approach treatment, whether its single-agent, or whether it is combinations of those drugs in various versions, like you see, for example, in the ASPIRE trial, which was carfilzomib with lenalidomide and dexamethasone.

I think those are important questions we are asking in the field in 2015. Once the patient has seen many of those active early drugs and is then refractory, the list becomes more narrow. Agents such as histone deacetylase (HDAC) inhibitors, like panobinostat, start to become more in line. Pomalidomide is indicated when patients are resistant to lenalidomide. This is an area where we really need new drugs and targets because the old immunomodulatory drugs (IMiDs) and proteasome inhibitors are no longer functioning in most of those patients.

Cancer Network: Could you highlight any of the changes in the past 12 months? Have there been any new approved agents for multiple myeloma?

Dr. Lonial: We’ve been pretty fortunate in myeloma to have had a fairly strong stream of new drugs that are coming through the pipeline. Most recently the drug panobinostat has been approved in the last 6 to 12 months. Panobinostat is in a new class of drugs, it’s an HDAC inhibitor, a cousin of vorinostat, approved for cutaneous T-cell malignancies, and it appears to have a better gastrointestinal side effect profile than vorinostat had when it was initially approved. While the HDAC inhibitors are active, they are not very active by themselves. So, the label for panobinostat is in combination with bortezomib in patients that have been exposed to bortezomib and lenalidomide previously. The data in those trials demonstrated a significant improvement in how long patients stayed in remission. From our practice, I can tell you, we found panobinostat to be a very important partner with both a proteasome inhibitor and an IMiD, and in fact, we have used it in many of our very high-risk, relapsed, refractory patients and have had pretty reasonable results, so it does represent a new option.

Cancer Network: You’re presenting the results of this phase II study of daratumumab monotherapy. Could you describe the agent and what we know so far about its potential in treating multiple myeloma and maybe other tumor types?

Dr. Lonial: Daratumumab is a monoclonal antibody that targets a protein on the surface of plasma cells called CD38, which is almost ubiquitously expressed on plasma cells. While we have many different classes of drugs in myeloma and in cancer therapy across the board, we’ve not really had a successful single-agent monoclonal antibody for the treatment of patients with multiple myeloma. The early phase I data on daratumumab, in which basically one in three patients would respond, was certainly very exciting, but it was also very early. Also, the trial I am presenting at ASCO, the daratumumab monotherapy phase II trial, was really two trials in one. The first was asking a dose question-is 16 mg better than 8 mg and we answered that very quickly. Sixteen was in fact superior to eight. And the second question was, in a larger cohort of patients-over 60 patients who all received 16 mg/kg-what was the actual efficacy in a bigger patient population? And it turns out that one in three turns out to be correct. About a third of patients with IMiD and proteasome inhibitor-resistant myeloma will respond to single-agent daratumumab in a larger phase II patient population.

Cancer Network: You’re also presenting a phase III study that combines a newer agent, elotuzumab, with lenalidomide. Can you talk about the rationale for this combination?

Dr. Lonial: Elotuzumab is an antibody that does a couple of things. It targets a protein called SLAMF7, which is present on almost all myeloma cells, similar to what I talked about before with CD38, but SLAMF7 is also present on natural killer (NK) cells. What is interesting about SLAMF7 is that when you target it on a myeloma cell, it doesn’t activate the cell, it just makes the cell recognizable for immune destruction. When you target an NK cell with SLAMF7 with elotuzumab, you activate the NK cell through some intracellular mechanisms that are not present in plasma cells. What you get with elotuzumab is a bit of a double whammy-you target the tumor for recognition by immune destruction, but you also activate the immune cells that are needed for immune destruction, namely the NK cells, and when you put these two effects together, combining elotuzumab with lenalidomide, you get really synergistic drug interaction between the two. We talk about an improvement in progression-free survival, as well as what I would think are early hints of improvements in overall survival.

Cancer Network: Are there any other multiple myeloma studies that you’re looking forward to hearing results of at the meeting?

Dr. Lonial: Probably the other biggest study presented at the meeting [on multiple myeloma] is the ENDEAVOR trial, which is a randomized phase III study that is comparing a higher dose of carfilzomib with standard-dose bortezomib and dexamethasone in an early relapsed patient population. I think we are going to get more and better information about the overall response rate for the higher dose of carfilzomib. We’ve typically been using 27 mg/m2 and the ENDEAVOR trial tested 56 mg/m2, almost doubling the dose. What we want is not just to understand the efficacy, but also the toxicity of that higher dose, so we can put it in comparison with the standard dose of bortezomib in the relapsed setting. I think that is probably the other really large piece of data that is coming.

Cancer Network: Thank you so much for joining us today, Dr. Lonial. 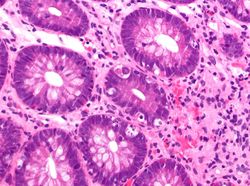