“Patients from socially vulnerable communities had the most difficulty achieving a postoperative course without a complication, and they were the most likely to have an extended length of stay. These patients are in double and triple jeopardy,” said senior author Timothy Pawlik, MD.

Following several common oncologic procedures, patients with a high Social Vulnerability Index (SVI) had a higher greater likelihood of having a complication, extended length of stay, or 90-day mortality, according to a retrospective analysis published in the Journal of the American College of Surgeons.1

Using the SVI, a composite metric proposed by the Centers for Disease Control, investigators used 15 variables derived from United States Census tract data to characterize the resiliency of a community when faced by external pressures and stresses. The goal of the study was to determine whether SVI was associated with postoperative outcomes following resection. More specifically, investigators sought to evaluate whether social determinates of health (SDH) as assessed by SVI were associated with achieving a “textbook outcome” (TO), an established composite quality metric, following oncologic surgery.

Consequently, the odds of a patient from a high-SVI county experiencing TO were also lower compared with a patient from a low-SVI county. These results were found to be even more pronounced among Black and other minority patients.

"Patients from socially vulnerable communities had the most difficulty achieving a postoperative course without a complication, and they were the most likely to have an extended length of stay. These patients are in double and triple jeopardy," senior author Timothy Pawlik, MD, surgeon-in-chief at the Ohio State Wexner Medical Center and chair of the Department of Surgery in the Ohio State College of Medicine, said in a press release.2 "Our data clearly showed a disparity in health, as defined by textbook outcome, with poorer outcomes if a patient was a minority, or from a highly socially vulnerable community or, in particular, both."

Using the Medicare database, individuals who underwent operations for lung, esophageal, colon, or rectal cancer between 2013 and 2017 were identified and merged with the SVI. The association of SVI and TO was then evaluated, with TO being defined as surgical episodes with the absence of complications, extended length of stay, readmission, and mortality.

“This issue is not new, but the data strongly suggests we could significantly improve surgical outcomes by intentionally integrating vulnerability assessments into our national standard of care models. By doing so, we could help identify the most vulnerable among us—upfront—and provide additional supports as patients move through treatment and recovery,” added Pawlik, who is also the holder of the Urban Meyer III and Shelley Meyer Chair for Cancer Research at The Ohio State University Comprehensive Cancer Center— Arthur G. James Cancer Hospital and Richard J. Solove Research Institute (OSUCCC – James). “The data emphasize how efforts to improve outcomes for cancer patients need to extend beyond the hospital and address systemic health-related disparities within the communities in which patients live."

Importantly, Pawlik went on to explain that because the SVI is population-based, it is not necessarily an effective tool to calculate risk at the individual level. He indicated that health care providers should instead communicate with patients regarding their home situations and address their potential absence of resources or support as a routine step in standard of care. 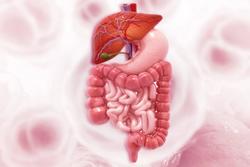 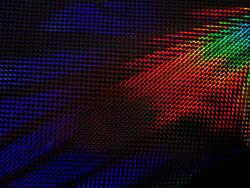