Study leader Kirit M. Ardeshna, MD, tells Oncology NEWS International that he predicts this pretreatment approach will become the standard of care and will prove attractive to patients because chemotherapy can be deferred for even longer than it can now. But participants at an ASH 2010 plenary session questioned aspects of the trial design.

ORLANDO, FLA-Research has shown there is little benefit to early treatment in patients with follicular lymphoma who experience no symptoms. Offering these patients an early course of rituximab (Rituxan) can help defer chemotherapy, and all its unpleasant side effects, for nearly three years in asymptomatic disease, according to a preliminary analysis in a 462-patient trial.

“Follicular lymphoma is a slow-growing cancer that is usually widespread when it is diagnosed. It is generally considered to be incurable, and patients have an average life expectancy of 10 to 12 years,” said Kirit M. Ardeshna, MD, hematology consultant at the University College London Hospitals. “Many people feel very well when they are first diagnosed and do not have any symptoms. We know from previous studies that there is no benefit in starting treatment early when patients have no symptoms, compared to waiting until symptoms develop.”

As a result, most physicians normally elect to defer treatment and watch the patient closely, allowing patients to avoid the side effects of treatment for as long as possible until the disease progresses. With the addition of rituximab therapy, patients undergoing watchful waiting can, on average, defer chemotherapy for 2.5 years, Dr Ardeshna said.

But the trial results presented by Dr. Ardeshna and colleagues at ASH 2010 could be seen as “misleading,” according to Steve Rosen, MD, Oncology NEWS International guest editor and director of the Robert H. Lurie Comprehensive Cancer Center at Northwestern University in Chicago.

• Rituximab (375 mg/m²) weekly for four weeks (rituximab induction) for 84 patients. This arm was closed midway through the trial because of slow recruitment and because several other studies were showing a benefit to rituximab maintenance, Dr. Ardeshna said.

• Ritixumab induction followed by rituximab maintenance in 192 patients. The latter consisted of one dose of rituximab given every two months for two years, starting at month three until month 25.

Dr. Rosen, as well as other ASH 2010 attendees, took issue with the fact that patients in the watch-and-wait arm of the study were not offered rituximab as a first treatment option.

But the trial answered questions that have been on the minds of hematologists for some time: For asymptomatic patients, or those who have low tumor burden, should they be watched or treated? Does early treatment offer a clinical benefit to them? said Nancy Valente, MD, global head of hematology development at Genentech/Roche.

“These are very challenging questions to answer,” Dr. Valente told Oncology NEWS International. “These patients are going to get multiple subsequent therapies over their lifetimes. What the [trial] authors did was to ask if early treatment would benefit patients who would normally [undergo watch and wait], which is an option in the current standard of care.”

The median age of the subjects was 60 years and 54% were female. Ninety-five percent of patients had low tumor burden based on GELF* criteria. Five percent had raised lactate dehydrogenase but met other GELF criteria for low tumor burden. All but 2% of the patients entered the study within four months of a diagnostic biopsy. The primary endpoint of the study was time to initiation of new chemotherapy or new radiotherapy.

After a median follow-up of three years, the investigators found a highly significant difference in the time to initiation of new therapy between both rituximab groups and the watch-and-wait group ( ASH 2010 abstract 6)

Rituximab was very well tolerated, with few adverse events. There were seven infections, all grade 3 requiring intravenous antibiotics; five cases of allergic reactions that resulted in bronchospasm in two patients, and four cases of neutropenia.

“Our study has shown that we can defer chemotherapy by a long time in patients who have asymptomatic follicular lymphoma,” Ardeshna told Oncology NEWS International. He predicted that such an approach will prove attractive to patients, “because they can defer chemotherapy and avoid the side effects for a longer time. I imagine this will become the standard of care.”

Addressing whether watch-and-wait patients should have been offered rituximab alone as first-line therapy, Dr. Ardeshna said that patients with disease progression would most likely have been too far long (high tumor burden) for rituximab alone to be an appropriate option.

Dr. Ardesnha acknowledged ASH attendees’ concerns that the study did not address quality of life issues or whether early treatment with rituximab impacted overall survival (OS). There was no OS difference between the three arms with 96% of all patients still alive at three years. It remained unclear if early treatment with rituximab had an effect on OS, Dr. Ardeshna said.

He stressed that this was a preliminary analysis and that quality of life measurements, as well OS, would be part of the next phase of research. A major question still needs to be answered: Will rituximab-treated patients do as well when they eventually do need chemotherapy? Dr. Ardeshna speculated that early rituximab therapy could lead to tumor shrinkage and reduce genetic mutations, possibly setting patients up as better candidates for therapy, but he emphasized that this was only a hypothesis.

“We are going to be following these patients and the study will be ongoing for several years. We are in this for the long term,” he said. 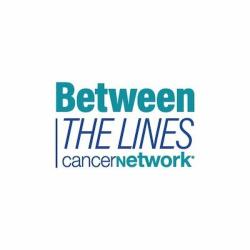