Data from a first-of-its-kind study indicated that unnecessary use of antibiotics may lead to early-onset colon cancer.

Unnecessary antibiotic use may lead to an increased risk of colon cancer in patients under the age of 50, according to findings from a first-of-its-kind study that was presented at the 2021 World Congress on Gastrointestinal Cancer.1

“To our knowledge, this is the first study to link antibiotic use with the growing risk of early-onset colon cancer—a disease which has been increasing at a rate of at least 3% per year over the last 2 decades,” Sarah Perrot, school of medicine, medical sciences and nutrition, University of Aberdeen, United Kingdom, said in a statement prior to the presentation. “Junk food, sugary drinks, obesity, and alcohol are likely to have played a part in that rise, but our data stress the importance of avoiding unnecessary antibiotics, especially in children and young adults.”

Globally between 2000 and 2015, antibiotic consumption increased 65%, despite not showing clear causality.² Rates of colon cancer in people under the age of 50 have also significantly increased.

In the study, investigators examined the relationship between exposure to antibiotics and risk of early-onset colorectal cancer (EO-CRC) for those under age 50, and evaluated antibiotic usage in older adults aged 50 or above with CRC for comparison.

According to one of the study authors, Leslie Samuel, MD, of the Department of Clinical Oncology, Aberdeen Royal Infirmary in the United Kingdom, the contents of the right side of the colon are more liquid and so the microbiome may be different from other areas of the colon.

“We now want to find out if there is a link between antibiotic use and changes in the microbiome which can make the colon more susceptible to cancer especially in younger people,” Samuel said in a statement. “It’s a complex situation as we know that the microbiome can quickly revert to its previous state even when the bowel has been cleared out for a diagnostic procedure such as an endoscopy. We don’t yet know if antibiotics can induce any effects on the microbiome that could directly or indirectly contribute to the development of colon cancer.”

“Physicians are less likely to investigate a patient with abdominal discomfort for colon cancer if they are in their 30s than if they are in their 70s, and younger patients are not eligible for bowel cancer screening,” Alberto Sobrero, professor at Ospedale San Martino, Genoa, Italy, noted. “As a result, their cancer is usually diagnosed at a later stage when it is more difficult to treat.”

“Our findings suggest antibiotics may have a role in colon tumor formation across all age groups, particularly in those [under] 50,” the study authors concluded. “It is possible that exposure to antibiotics could be contributing to the observed increases in EO-CRC, particularly in the proximal colon. If confirmed, our study will provide further research to reduce, where possible, frequent and unnecessary antibiotic prescribing.” 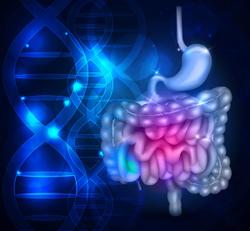