When to Use Maintenance Therapy in Metastatic Urothelial Carcinoma

Panelists consider whether the use of maintenance therapy is as prevalent after complete response or in patients with lesser PD-L1 expression.

Peter H. O’Donnell, MD, PhD: I’ve got a couple of juicy questions. Shilpa, the first 1 is about the application of these data. Let’s say your patient gets a CR [complete response] with frontline platinum. Maybe you give them gemcitabine and cisplatin, and they get a CR. Are you really going to push them toward maintenance, or maybe the cisplatin has some rate of long-term durable control?

Shilpa Gupta, MD: That’s a great question, Peter. Patients who achieve CR with cisplatin are a minority, and those patients do well long term and in this study. It was around 10% or so patients who had CRS [cytokine release syndrome]. Offering them maintenance with avelumab should still be the practice, although I wouldn’t continue with it indefinitely if their scans continue to show a complete response. If it has been shown as durable, then I do talk about taking a break.

Peter H. O’Donnell, MD, PhD: Matt, what if you had to use carboplatin as your agent up front? Is that causing you to be more likely to push a patient toward the avelumab because you’re worried about what Cora said, that carboplatin is an inferior drug and not likely to give you that durability?

Matthew T. Campbell, MD, MS: It’s a great question. Sometimes the CR is a little in the eye of the beholder. But if you have a patient in complete response with either, these are patients you could consider monitoring with maintenance starting early. My impression and experience with carboplatin is a little more limited but when I have used it, patients have responded, and it tends to be partial remissions. Then it’s a setting where maintenance avelumab makes sense. My takeaway in this study has been brought up a couple of times. But the Hoosier [Cancer Research Network] study led by Matthew Galsky, 20% of patients that were supposed to receive pembrolizumab butwere frankly too sick to receive it. That’s a concern—you can miss your window to treat patients with immunotherapy.

Peter H. O’Donnell, MD, PhD: Cora, I’ve got a tough question for you. Created by the data from JAVELIN Bladder 100, we saw this clear survival benefit with the intent to treat the population or all comers. The FDA label is for maintenance for all comers, but the curves were really impressive in the PD-L1–high group. If you have a patient who you know is PD-L1 negative, would you consider not giving the maintenance and withholding until the time of progression?

Cora N. Sternberg, MD: I don’t think so because the curves are more impressive. The hazard ratios are better in the PD-L1–positive patients, and the curves are quite impressive for the whole overall population as well. There’s something about giving [maintenance], but I never saw a curve with just the PD-L1–negative patients. That would be interesting, but I don’t think I’ve seen a curve on that. We’re talking about how long patients are followed, and if you look at the curves, not many patients are out there after 30 months. I don’t know how many patients would be on this for years in any event. They’re either not followed as much on this trial or they’re taken off earlier. Pembrolizumab, we usually give it for 2 years and that’s enough also.

I agree with the others: for patients in a CR, I don’t know how long we need to keep patients on. The other thing is, I think at GU ASCO [American Society of Clinical Oncology Genitourinary Cancers Symposium], we did look at the difference between the CR, the PR [partial response], and the stable disease. The CR curves are not prespecified analyses. The CR curves are on top of one another. I’m not sure how much it helps them. We don’t know. We might know more in the future. Maybe it was at EMSO [European Society for Medical Oncology Congress]. I’m not sure where it was presented, but I’ve seen those curves.

Peter H. O’Donnell, MD, PhD: Great point. Cora, why haven’t we seen the curve for the PD-L1–negative group from JAVELIN Bladder 100? It makes you wonder what that curve looks like. Clearly, the indications are for all comers. For the audience, are you testing for PD-L1 in all your patients with metastatic urothelial cancer? Yes or no?

We’re seeing a lot of responses coming in. It looks like about two-thirds of the audience says, yes, they test for PD-L1 in all their patients with metastatic urothelial cancer. About one-third of the audience is saying they don’t. Maybe we could go around the horn to comment on the role of PD-L1 testing. Is it all your patients? Are you selecting certain patients? Or is it certain disease settings? Shilpa, maybe you could start with that. When are you testing? How do you select?

Shilpa Gupta, MD: Peter, I’m not testing PD-L1 for all patients. PD-L1 is as a robust biomarker as we thought from the recent trials. For patients who are truly platinum ineligible, I consider pembrolizumab in the front line. Those are primarily clinical factors because with the device label for pembrolizumab, it’s indicated only for platinum ineligible. The utility of PD-L1 has faded away in my practice. I’m not testing it because there’s no decision that I make for that. Unless it’s a patient who I offer gemcitabine and carboplatin to and who is hesitant to get it, and to see if high PD-L1 could make a case for using single-agent immunotherapy. But for the most part, I’m not.

Matthew T. Campbell, MD, MS: I did it for everyone. I agree that it’s not a big decision maker for me. I think of it more so out of curiosity. But I do like analyzing and profiling and PD-L1 testing and HER [human epidermal growth factor receptor] testing for everybody I have with metastatic urothelial cancer.

Cora N. Sternberg, MD: I’m also working in precision medicine, but in any case, we’re testing. We know that the PD-L1 testing has been unacceptable in every company that had a drug and tested it with a different antibody; it was tested in many ways. It’s not even the most reliable, and probably all universities tested it in different ways as well. But we do test for PD-L1, and we test for FGFR and for as many things as we can to know how to treat our patients better. It’s just a general way of looking at things to try to do the testing.

Shilpa Gupta, MD: Peter, we also do the NGS [next-generation sequencing] testing and get the PD-L1 information. But that doesn’t determine whether we use immunotherapy. Because the FGFR inhibitor is approved, we’re testing that part.

Peter H. O’Donnell, MD, PhD: I’ll echo something Matt said that made me think. I wonder if I use the PD-L1 to inform how long I’m going to hang in there with immunotherapy in that ambiguous patient, where you’re not clear if they’re progressing. If I have PD-L1 and it’s high, I probably hang in there a little longer. Shilpa, I see you nodding your head.

Shilpa Gupta, MD: Yes, it could be a little reassuring. Although the data are all over the place, I would say, in bladder cancer and PD-L1 story.

Peter H. O’Donnell, MD, PhD: Cora, did you want to say something different?

Cora N. Sternberg, MD: I agree. It’s definitely not the best biomarker that we have. It’s been disappointing in many ways. But until we get a better 1, we can try to use it. 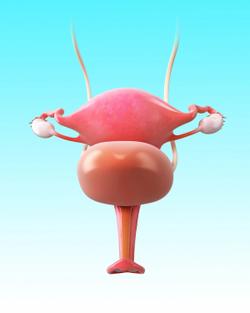