A Seattle cancer center appoints a new leader while ASCO bestows development awards on international researchers. Learn more about the latest appointments and accolades in the cancer community.

, has been named president and director of the Fred Hutchinson Cancer Research Center in Seattle. Dr. Corey’s research focuses on novel therapies and vaccines for human viral infections, such as herpes viruses, HIV, and cancer-related infections. He is the principal investigator of the Hutchinson Center-based HIV Vaccine Trials Network and is an infectious disease physician at the Seattle Cancer Care Alliance. He will take office in January 2011.

, has been named director of the Yale Breast Center at Smilow Cancer Hospital in New Haven, Conn. Dr. Chagpar served previously as an associate professor in the department of surgery at the University of Louisville and as director of the multidisciplinary breast program at the James Graham Brown Cancer Center.

, has been named editor of

a new ASTRO journal.Dr. Lee is a professor in the department of radiation oncology and program director of the radiation oncology training program at Duke University in Durham, N.C. He also is an associate professor of urology at the university. The journal will debut in early 2011. In other ASTRO news,

has become the director of government relations;

has become the director of communications;

has become assistant director of the annual ASTRO meeting;

is the new director of information technology; and

, has been selected to serve on the Susan G. Komen for the Cure Scientific Advisory Council. Dr. Welch is director of the graduate biomedical sciences program in cancer biology at the University of Alabama at Birmingham Comprehensive Cancer Center. He is also a professor in the department of pathology, holds the Leonard H. Robinson Endowed Professorship in Pathology, and directs the center’s Howard Hughes Medical Institute Med-Grad Fellowship Program. He will serve a two-year, renewable term on the Komen council.

The following physicians have been awarded 2010 ASCO International Development and Education Awards:

, from the Nuclear Medicine and Oncology Center, Bach Mai Hospital in Hanoi;

, from the Kuwait Cancer Control Center;

, from Yashoda Hospital in Hyderabad, India;

, from the Medical University of Gdansk in Poland;

, has been named director of cancer immunology at the Yale Cancer Center in New Haven, Conn. Dr. Chen is a native of China. He played a leading role in the discovery and characterizatio of costimulatory molecules in the B7-CD28 and the TNF recepto/ligand superfamilies. Dr. Chen comes to Yale from Johns Hopkins University School of Medicine in Baltimore. 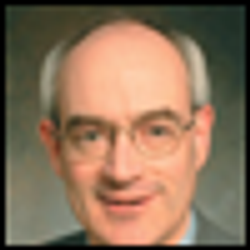