Metastatic melanomas that harbor the V600E mutation in the BRAF gene respond rapidly to vemurafenib (Zelboraf), the BRAF V600E inhibitor. But While vemurafenib results in a response in about 80% of melanoma patients, the clinical response among CRC patients is not greater than 5%.

Metastatic melanomas that harbor the V600E mutation in the BRAF gene respond rapidly to vemurafenib (Zelboraf), the BRAF V600E inhibitor. Tumors shrink in a matter of weeks from the start of treatment, which is good news for the approximately 50% of these melanoma patients with the activating BRAF mutation.

Colorectal cancers can also have a BRAF V600E mutation, although the incidence is less frequent, estimated at about 10% of colorectal cancer (CRC) patients. While vemurafenib results in a response in about 80% of melanoma patients, the clinical response among CRC patients is not greater than 5%. A paper published this week in Nature explains the discrepancy and provides a promising new combination treatment for these difficult to treat BRAF-mutant colorectal tumors (DOI: 10.1038/nature10868).

To test the molecular mechanism for this inherent resistance to BRAF inhibition in colorectal tumors, Professor Rene Bernards of the Netherlands Cancer Institute in Amsterdam and colleagues designed an RNAi genetic screen to identify kinases that would render CRC cells sensitive to vemurafenib. The resulting target turned out to be the epidermal growth factor receptor (EGFR).

The reason for the unresponsiveness of these tumors to a BRAF inhibitor monotherapy is the powerful upregulation of EGFR, including activation of the downstream target AKT, upon exposure to a BRAF inhibitor. The strong feedback activation of EGFR was unexpected, according to the authors, and explains why previous attempts to treat BRAF V600E mutant or KRAS mutant colorectal cancer patients with an EGFR inhibitor did not pan out.

"If you think about it, EGFR inhibition in BRAF mutant CRC is about the least likely combination to use, as we have learned from the use of cetuximab in CRC that downstream mutations, like KRAS, make cells unresponsive to EGFR inhibition. BRAF is likewise downstream of EGFR, so it would have been an unlikely combination to test in the clinic," Bernards explained to CancerNetwork.

The synergy between BRAF and EGFR inhibition were validated using cell lines, showing that BRAF V600E–mutant CRC cells are responsive to the combination treatment, either vemurafenib with cetuximab, a monoclonal antibody, or with either of two small-molecule EGFR inhibitors, gefitinib and erlotinib. The combination inhibited AKT, MEK, and ERK signaling in CRC cell lines. The results were then validated using a mouse model.

The authors note that EGFR is expressed mainly in tumors of an epithelial origin, such as colorectal cells. In contrast, melanoma cells are derived from the neural crest, and generally have low EGFR activation, a finding validated in the current study using cell lines.

Vemurafenib was approved for metastatic melanoma in August of 2011 based on a 675-patient trial that showed a median overall survival had not yet been reached with 84% of patients still living at the time of assessment. In contrast, patients taking the chemotherapy dacarbazine had a median 6-month survival with 64% still living. While vemurafenib does not cure melanoma, it provides a rapid treatment and an overall survival benefit, including a potential for long-term response.

The discovery of the potential of a dual EGFR and BRAF inhibition strategy is promising for BRAF V600E–mutant colorectal cancer patients who have very poor clinical outcomes and no specific treatment options after chemotherapy. The study may also hint to a EGFR-upregulation mechanism or resistance that has yet to be investigated among melanoma patients who take vemurafenib. "We are obviously looking into this. It is a real possibility that this is the case," said Bernards.

Bernards, who runs a laboratory but is not involved in clinical work, is collaborating with medical oncologists at the Netherlands Cancer Institute, a comprehensive cancer center, to organize a trial to test BRAF and EGFR inhibitors in combination. The goal is to have patient enrollment by this summer, according to Bernards. If this is indeed the case, it would be an example of a remarkably rapid transition of bench top science to clinical practice.

The work underscores the important concept of "synthetic lethality" genetic screens. "The 'drug-induced synthetic lethality screens' that we describe here provide an excellent tool to come up with innovative and effective combinations of targeted therapies. We know that most patients ultimately progress upon single-agent targeted therapy. If we can find 'synthetic lethal' pairs of drugs for each genotype, that would provide a possible solution to the rapid emergence of resistance to targeted agents used as monotherapy. We are testing several such combinations currently in the lab," professor Bernards explained. He also points out that this is a general strategy to find better drug combinations. "We can use this general strategy to find more effective drug combinations. There is a myriad of targeted agents in clinical development and there are seemingly endless combinations possible of these agents. We need to select the most effective combinations for clinical testing in cell models. Our functional genetic approach may help do this." 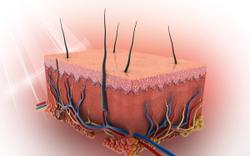