Results from the EXALT-1 study highlighted the potential real-world impact of utilizing an artificial intelligence (AI)–supported precision medicine platform to determine the most effective therapies for patients with late-stage hematological cancers, according to a press release from Exscientia.1

By using the company’s single-cell functional precision medicine (scFPM) platform at a median follow-up of 23.9 months, 54% of patients experienced a 1.3-fold enhanced clinical progression-free survival (PFS) benefit. Of these 30 patients, 40% had responses that lasted 3 times longer than expected. The PFS for patients utilizing scFPM was found to have significantly increased (P =.0093).

"The EXALT-1 study was the first-ever prospective study of its kind, demonstrating the potential of a functional precision medicine platform to identify the optimal therapy for an individual patient. The results of the trial are clear: patients who were treated using recommendations guided by single-cell drug screenings from real-time biopsies remained progression-free longer as compared [with] their previous line of therapy,” principal investigator Philipp P. Staber, MD, PhD, a hematologist and oncologist at Medical University Vienna, said in a press release.

The platform utilizes AI technology to perform a single cell, high content analysis of individual patient tissue samples in order to garner clinically important insights upon which treatments can be based.

The study evaluated 76 patients, 56 of whom received treatment according to scFPM and 20 were treated according to physician’s choice. Patients had a median age of 64 years, and the median number of treatment lines prior to enrollment was 3. From sampling to the scFPM report, the median time was 5 days, and median time to treatment was 21 days.2

After 12 months on treatment, 23% of patients were progression free compared with 5% on the previous treatment. Patients had an objective response rate of 55% among those whose treatment was guided with scFPM as well as 60% for the lymphoid subgroup and 41% for myeloid neoplasms.

In the primary analysis cohort, investigators reported that the PFS ratio was 1.47. Additionally, 14% of patients received an allogenous hematopoietic stem cell transplantation or donor lymphocyte infusion after reaching a complete response with scFPM-guided therapy; this did not translate to a PFS benefit vs complete responders who did not receive the consolidation treatment.

Characteristics that did not have an impact on PFS included age, sex, lineage, number of previous treatment lines, disease subgroup, and time from sampling to treatment. 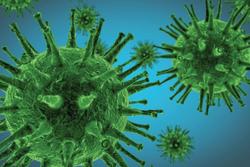