Results of the phase III SWOG S0016 trial comparing 2 chemotherapy regimens for follicular lymphoma (FL), presented this week at ASH, show no statistically significant differences in either progression-free survival (PFS) or overall survival. Both regimens produced “excellent” results, according to the presenter.

Results of the phase III SWOG S0016 trial comparing two chemotherapy regimens for follicular lymphoma (FL) show no statistically significant differences in either progression-free survival (PFS) or overall survival. Dr. Oliver Press of the clinical research division at the Fred Hutchinson Cancer Research Center in Seattle presented the data, stating that the results “are excellent with either regimen.”

The SWOG S0016 trial addressed any safety or efficacy differences between two regimens as advanced FL is incurable using standard chemotherapy regimens, and there is no standard best-treatment approach for first-line treatment. Promising results of a 60% 10-year PFS and 79% 10-year overall survival were seen in the SWOG 9911 using CHOP followed by 131I-tositumomab and prompted the current phase III study, according to Dr. Press.

The 554 patients enrolled had bulky FL-stage II and higher, and had not received any prior treatment-and were randomized to either the CHOP-R arm, CHOP chemotherapy (cyclophosphamide, doxorubicin, vincristine, and prednisone) and six doses of rituximab, an anti-CD20 antibody; or to the CHOP-RIT arm, CHOP chemotherapy followed by dosimetric infusion of tositumomab/iodine I-131 tositumomab followed by a therapeutic infusion of I-131-tositumomab. All patients had to have detectable expression of CD20 to enroll in the trial.

When asked why there was a slightly better PFS but a slightly lower overall survival, Dr. Press said that the number of total deaths was very low and mostly due to lymphoma progression so it is too early to extrapolate the Kaplan-Meier curve data. Mature PFS and overall survival data has yet to be reached and may answer this question.

“It is sobering how long it takes to conduct a first-line study in follicular lymphoma,” noted Dr. Press during his presentation. The trial was written in 1999, enrollment commenced in 2001, and the trial was closed in 2008, according to Press. This is the first report of the results.

Thus far, no subgroup appears to have benefited more from the treatment, but prognostic factor analysis is underway and will likely be presented at the ASCO conference in 2012, noted Dr. Press.
Serious hematological toxicities were also comparable, although more thrombocytopenia was seen in the CHOP-RIT arm. The toxicities were likely from the chemotherapy and not rituximab treatment.

There was also a trend toward more infection in the CHOP-R arm and more thyroid dysfunction with CHOP-RIT (3% vs 7%; P = .07). Dr. Press suggests that future studies will need to look at whether CHOP-R followed by rituximab maintenance is better than either of the treatment arms in the current study. Whether the combination of CHOP-R and RIT consolidation with maintenance rituximab will result in an additive benefit is still an open question. The efficacy and safety of this regimen is currently being evaluated in the SWOG S0801 follow-up trial. Another regimen to examine is CHOP-R followed by rituximab maintenance. 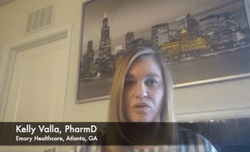