Best of the Society for Integrative Oncology: 2010

NEW YORK-Turkey tail, healing touch, and liquidambar stryraciflua are areas in complementary medicine that are worth keeping an eye on, according to integrative oncology experts. The Society for Integrative Oncology (SIO) named five abstracts as its best during its 2010 meeting.

NEW YORK-Turkey tail, healing touch, and liquidambar stryraciflua are areas in complementary medicine that are worth keeping an eye on, according to integrative oncology experts. The Society for Integrative Oncology (SIO) named the following abstracts as its best during its 2010 meeting.

Dr. Deng: This mushroom polysaccharide extract has shown in vitro immunomodulatory activity, but how much activity it has when administrated orally, and at what dose, has not been established. This study showed there are dose-related changes in intermediate endpoints, such as higher natural killer cell activity. This study laid the foundation for further clinical trials with clinical endpoints.

Effects of healing touch and relaxation on immunity and mood in cervical cancer patients during chemoradiation
Lead author: Susan Lutgendorf, PhD, University of Iowa, Iowa City
A 60-person prospective trial examining the effects of healing touch (HT) vs relaxation training (RT) and standard care for supporting cellular immune function, improving mood, and reducing side effects related to chemoradiation in stage IB1 and IVA cervical cancer. Patients treated with HT demonstrated a minimal decrease in natural killer cell activity over the course of treatment compared with subjects who underwent RT and standard care. The latter saw a marked decline in natural killer cell activity. In addition to preserving natural killer cell activity, HT reduced depression. But HT but did not have any observable effects on treatment-related toxicities (SIO 2010 abstract 2).

Dr. Deng: This was a randomized trial that compared intensively administered healing touch to relaxation technique or standard care in patients going through chemoradiation. Benefits were seen in reduced depression, but not in overall quality of life. This study had a rigorous design and relatively large sample size.

Outcome of brief counseling on cancer-related fatigue among patients undergoing radiation therapy
Lead author: Jun James Mao, MD, University of Pennsylvania, Philadelphia
A prospective, cohort study of 93 patients, with stage I-II tumors for non-palliation, who underwent radiation therapy. Patients were given a 10-minute behavioral counseling session, based on NCI guidelines, during the first two weeks of therapy. The Brief Fatigue Inventory (BFI) was administered at baseline and at end of treatment. For patients who received chemotherapy before radiotherapy, or radiotherapy only, the BFI score showed non-significant absolute change (-0.2 and 0.7, respectively). Among patients who received concurrent chemotherapy, the mean fatigue score increased from 3 to 5.2 (P < .001). Counseling was perceived as useful and practical by 88% of the subjects. By the end of radiotherapy, more than half the patients reported that they were exercising; seeking nutritional counseling; prioritizing daily activities; talking with other cancer patients; and practicing relaxation techniques (SIO 2010 abstract 3).

Dr. Deng: A 10-minute brief behavioral counseling was shown to reduce fatigue in patients receiving concurrent chemoradiation, but not in those receiving radiation or chemotherapy alone. However, this is cohort study so its findings need to be confirmed in a controlled study.

Safety of high-dose vitamin D supplementation in women at high risk for breast cancer
Lead author: Julie Campbell, MD, Columbia University Medical Center, New York
Observational studies have shown that serum 25-hydroxyvitamin D (25-OHD) is inversely related to breast cancer risk. This study examined the safety of high-dose vitamin D and its effects on serum 25-OHD in women at high-risk women (five-year Gail risk score ≥ 1.67%). Subjects were assigned to a one-year intervention of choecalciferol (vitamin D3) at 20,000 IU weekly or 30,000 IU weekly. As of July 2010, 13 of 31 patients completed one year of intervention. The mean baseline serum 25-OHD level was 22 ng/ml. High-dose vitamin D supplementation resulted in a mean serum of 25-OHD at three months of 52 ng/ml. There were no episodes of hypervitaminosis D (SIO 2010 abstract 4).

Dr. Deng: More and more patients are taking higher dose vitamin D supplementation. This study addressed the safety issues of taking high-dose vitamin D over a prolonged period. It was found that vitamin D3 at 20,000 or 30,000 unit weekly for one year in patients with baseline serum 25-OHD of less than 32 ng/ml did not result in hypercalcemia or toxic level of serum vitamin D.

Dr. Deng: This laboratory study was sophisticated in that it evaluated many targets in the PI3K/AKT and mTOR pathways. Anti-tumor activity was seen in an orthotopic mouse model. The study agent LIS-100 warrants clinical studies.

Roche Gains OK in Europe for Rituximab for Maintenance 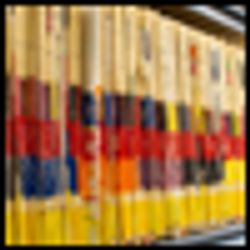