Reduction in the total brain metastases volume in patients with EGFR-mutant non–small cell lung cancer (NSCLC) following rapid, high, and uniform brain exposure of oral [11C]osimertinib was observed in the phase 1 ODIN-BM study (NCT03463525), results of which were reported during the 2020 World Conference on Lung Cancer Singapore.

“These data support uniform brain distribution of osimertinib in patients with NSCLC and brain metastases,” wrote the study authors in a presentation of the data.

Central nervous system (CNS) metastases occur in 40% to 50% of patients treated with first- or second-generation EGFR tyrosine kinase inhibitors (TKI) within 3 years of diagnosis and are associated with poor prognosis and quality of life in patients with NSCLC.

For PET2 and PET3, [11C]osimertinib IV microdoses were administered 6 hours after oral administration of osimertinib to fall within the median Tmax of the oral dose.

Change in volume from baseline, measured on high-resolution, contrast-enhanced T1 MRI scans, was used to evaluate the treatment effect of osimertinib in brain metastases at baseline and day 25 to 35.

Following the study period, patients were allowed to continue oral osimertinib until the drug was no longer effective or discontinue treatment.

The determination of brain exposure of [11C]osimertinib in brain metastases at baseline (PET1) and change in PET signal after single (PET2) and multiple (PET3) administrations of oral osimertinib served as the primary end points of the study.

The evaluation of the pharmacokinetics of osimertinib and its metabolite AZ5104 after multiple administrations of oral osimertinib served as a secondary end point of the study.

The safety and tolerability of multiple oral administrations of osimertinib, the effect of osimertinib on brain metastases according to RECIST v1.1 criteria and volumetric analyses using brain MRI, and the treatment effect in extracranial regions using CT were also evaluated.

Eligible patients included adults 18 years or older, with a World Health Organization status of 0 to 2, a minimum life expectancy of 12 weeks, a histological or cytological confirmation of NSCLC, and MRI-confirmed CNS metastases. Patients were also required to be naïve to an EGFR TKI with local or central confirmation of an EGFR mutation, or have progressed on a prior EGFR TKI with a confirmed EGFR T790M mutation and documented radiological disease progression on immediate prior therapy.

Of 35 eligible patients, 10 provided informed consent, 6 of whom failed screening. The remaining 4 patients completed all study treatment and imaging assessments.

Moreover, maximum concentrations of [11C]osimertinib in the brain were achieved 11 to 42 minutes (Tmax) after IV injection, with a mean exposure of 1.5% (standard deviation, 0.1%) of injected radioactivity. Whole brain radioactivity was sustained over the scan duration of approximately 90 minutes following Tmax.

Regarding pharmacokinetics, the steady-state mean systemic exposure to metabolite AZ5104 was approximately 13% compared with the parent compound osimertinib.

“Orally administered osimertinib was steadily absorbed into the systemic circulation and slowly eliminated with a flat pharmacokinetic profile across dosing intervals at steady-state,” wrote the authors. 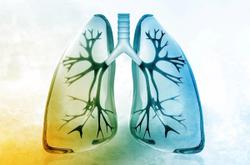 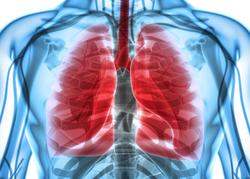