Can Immunotherapy Be Effective in Certain NETs Patients?

In general, NETs are considered an “immunological desert,” but a new study showed some promise for immunotherapy.

Spartalizumab is an anti–PD-1 antibody with activity against both PD-1 ligands, PD-L1 and PD-L2. The new study included a cohort of 95 patients with well-differentiated NETs (30 with thoracic NETs, 33 with pancreatic NETs, and 32 with gastrointestinal NETs), as well as 21 patients with poorly differentiated gastroenteropancreatic neuroendocrine carcinoma (GEP-NEC). The results of the study were presented by James C. Yao, MD, of the University of Texas MD Anderson Cancer Center, at the European Society for Medical Oncology (ESMO) 2018 Congress.

The thoracic NETs patients fared best with spartalizumab, with limited responses seen in the pancreatic and GI NETs groups; responses seemed to be associated with PD-L1 expression. In the thoracic NETs cohort, two of five PD-L1–positive patients had a partial response. PD-L1 positivity was more common in the GEP-NEC cohort; among 14 PD-L1–positive patients in that group, the partial response rate was 43%.

The most common adverse events regardless of cause included abdominal and back pain, anemia, dyspnea, and hypertension.

Kjell Ãberg, MD, PhD, of Uppsala University in Sweden, discussed the study for ESMO. “We have hope,” he said. “We see that maybe there are some tumor types that might respond to immunotherapy.” In general, NETs are considered an “immunological desert.” There is usually very low infiltration of immune cells in these tumors, and there are a low number of genetic mutation events.

Ãberg noted that in the new study, the partial responses were seen only in those tumors with CD8+ cell infiltration. He noted, though, that conversion of NETs to an “inflammatory state” can be achieved through various means, including oncolytic viruses or peptide receptor radionuclide therapy. 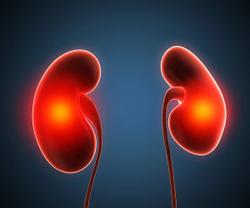