In their review of the history of the management of stage I/II Hodgkin’s disease, Drs. Ng and Mauch describe the results of various treatment protocols and outline the questions posed by ongoing European, Canadian, and American trials. In a broad sense, the questions posed by these trials will help clinicians understand the benefits and complications of these treatments. However, as clinically oriented as they are, the current studies have yet to answer some common problems faced by private practitioners-the clinicians who, in North America, manage most patients with Hodgkin’s disease.

In their review of the history of the management of stage I/II Hodgkin’sdisease, Drs. Ng and Mauch describe the results of various treatment protocolsand outline the questions posed by ongoing European, Canadian, and Americantrials. In a broad sense, the questions posed by these trials will helpclinicians understand the benefits and complications of these treatments.However, as clinically oriented as they are, the current studies have yet toanswer some common problems faced by private practitionersthe clinicians who,in North America, manage most patients with Hodgkin’s disease.

Most investigators currently rely on computed tomography (CT) to evaluatepatients for the presence or absence of Hodgkin’s disease, and thelymphangiogram is only of historical interest to private practitioners. However,staging by positron-emission tomography (PET) scan is rapidly becoming routinepractice. Investigators, especially from European studies, have reported thevalue of this test in the management of aggressive lymphomas when performed byexperts; however, no large database has yet concluded that the PET scan is ofvalue in making treatment decisions for patients with Hodgkin’s disease. Bothtrue- and false-positives have been reported with this test; therefore, allclinicians must exercise caution when ordering a PET scan and should consider itancillary to CT and biopsy for confirmation of persistent or recurrent disease.

Investigators must better define the prognostic factors for Hodgkin’sdisease. As outlined by Ng and Mauch, ongoing studies have addressedhistorically valid factors for stage I/II Hodgkin’s disease. However,serologic studies have rarely been addressed in large-scale trials. Thesereproducible quantitative factors, including interleukin-10 (IL-10), solubleCD30, beta-2-microglobulin, and cellular expression of bcl-2, are indirectmeasurements of the biological activity of the disease, and may determine extentof disease, resistance to chemotherapy or radiotherapy, and the ultimatesurvival of patients with either early- or late-stage disease.[1-6]

Besides the studies mentioned by Ng and Mauch, other investigators have alsoused clinical features to address the problem of predicting outcome. TheInternational Prognostic Index (IPI) for advanced-stage disease has been appliedto the management of early-stage disease and may be useful in this setting.Other groups, basing their efforts on the early work of Specht, have attemptedto better measure tumor burden and the number of involved sites, especially foradvanced disease treated with chemotherapy.[7-12]

Investigators should further confirm the reproducibility and value of thesemethods. Nevertheless, in the hands of experienced investigators (includingacademic clinicians and private practitioners alike), these systems may identifypatients with very good and very poor prognoses when treated withcombined-modality therapy or chemotherapy alone.

Management of the pregnant patient with Hodgkin’s disease has traditionallyinvolved radiation (as if the patient had early-stage disease), followed bydelivery of the infant, and classical staging or adjuvant therapy.[13] However,many drugs, including doxorubicin, bleomycin (Blenoxane), and vinblastine, canbe safely administered in the second- and third-trimester of pregnancy, andstudies should address the problem of chemotherapy delivery before, after, orwithout radiotherapy in this population, according to prognosticvariables.[14-17]

Management of the elderly patient with Hodgkin’s disease also remainssomewhat risky. Age is an adverse characteristic in most prognostic factormodels, including the IPI. Investigators designed most prognostic factor modelsfor advanced disease, and the best therapy for older patients with early-stagedisease has not been well addressed.[18] For example, older patients sometimescannot receive doxorubicin or bleomycin because of the presence or risk ofcardiac or pulmonary disease. Regardless of disease stage, the best chemotherapyregimen for these patients is unknown, since they may not be able to tolerateregimens more intensive than ABVD (doxorubicin [Adriamycin], bleomycin,vinblastine, dacarbazine [DTIC-Dome]), BEACOPP (bleomycin, etoposide,doxorubicin, cyclophosphamide [Cytoxan, Neosar], procarbazine [Matulane],prednisone), or Stanford V (mechlorethamine [Mustargen], doxorubicin,vincristine, vinblastine, etoposide, bleomycin, prednisone).

Lymphocyte-predominant Hodgkin’s disease may be easy to manage from theradiation oncologist’s viewpoint, as patients with early-stage disease achieveoutcomes similar to those of patients with early stages of other subtypes ofHodgkin’s disease.[19,20] But lymphocyte-predominant Hodgkin’s disease isalso exquisitely sensitive to the anti-CD20 monoclonal antibody rituximab(Rituxan).[21,22] In addition, rituximab may play a role in the treatment ofother types of Hodgkin’s disease, even those that do not express CD20, and thepossibility that it may potentiate the effects of both chemotherapy andradiotherapy in the treatment of these diseases is currently underinvestigation.[23]

Finally, management of the residual mass after treatment with chemotherapy isstill a controversial issue. Some investigators have shown that radiationtherapy may not be needed for patients receiving intensive chemotherapy.However, most European and American studies have included irradiation toinitially bulky or residual masses after adequate chemotherapy.[24] We needbetter methods of determining whether the residual mass is active disease(especially in the mediastinum), and whether administering adjuvant radiotherapyis of value.

However, there are many other unanswered questions regarding the managementof early stages of Hodgkin’s disease, and the more discoveries made regardingthe biological diversity and behavior of this malignancy, the more questionswill arise. Both academic investigators and private practitioners should supportthe development and implementation of national and international trials toanswer the questions we face now and those we will face in the future. 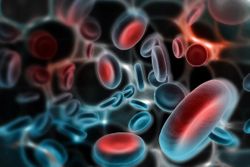