Researchers looked at the effect of diagnostic wait time on survival outcomes for patients with diffuse large B-cell lymphoma.

Diagnostic wait time did not affect outcomes among patients diagnosed with diffuse large B-cell lymphoma (DLBCL) as a whole, but did worsen prognosis among those with International Prognostic Index (IPI) scores of 3 or greater, according to a single-center study.

“The present study suggests that physicians should expedite the diagnosis of DLBCL if the patients already had IPI ≥ 3 at the first visit, because diagnostic wait time is a critical factor determining prognosis in such patients,” wrote researchers led by Shin Lee, of the University of Fukui in Japan, in the British Journal of Hematology. “Moreover, in suspected lymphoma cases, examinations to determine the IPI score, such as computed tomography, positron emission tomography, and bone marrow biopsy, might be needed immediately when the definitive IPI score is uncertain at the first medical contact.”

In the study, Lee and colleagues conducted a retrospective review of data from 193 patients diagnosed with DLBCL between 2007 and 2017, and looked at the effect of diagnostic wait time on survival outcomes. Of the 193 patients, 53.9% had an IPI score of ≥ 3.

Overall, diagnostic wait time was not associated with a survival difference among the entire population of patients. However, a subgroup analysis by IPI score revealed that among those patients with IPI score ≥ 3, prolongation of diagnostic wait time increased mortality and risk for relapse or refractory disease.

In contrast, among patients with an IPI score < 3, there was a high mortality rate among certain patients despite a rather early diagnosis, likely due to high-risk clinical features. Specifically, patients with a diagnostic wait time of less than 50 days had worse survival than those with a wait time of 50 days or longer.

Similar to the subgroup with IPI score < 3, more advanced stage (≥ III), elevated serum lactate dehydrogenase levels, B symptoms, and organ involvement, all of which are associated with poor prognosis, could potentially have hastened diagnosis throughout the entire population of patients with DLBCL studied, according to the researchers.

The study by Lee et al contributes to a growing body of research examining the association between length of time to diagnosis/treatment of aggressive lymphomas and outcomes, explained Diego Villa, MD, FRCPC, assistant professor of medicine at BC Cancer, Vancouver, Canada.

"This and other studies show that symptomatic patients are more likely to present to medical attention and require treatment sooner rather than later, although this is also influenced by a number of other factors that cannot be easily measured (ie, ease of access to health care, socioeconomic status)," Villa told Cancer Network. "Patients diagnosed or treated within a short time period tend to be symptomatic due to a higher burden of disease (advanced stage, high IPI, B symptoms, bulky masses), which in turn is associated with an adverse prognosis.  A randomized trial would be necessary to clarify to what degree major delays to diagnosis and/or treatment truly affect outcomes, but because such design would be unethical, analyses of real-world cohorts such as the one by Lee et al, with all their inherent biases, will remain the sole source of data." 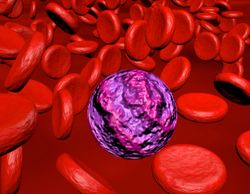 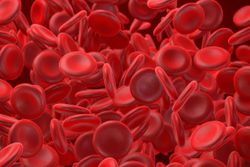