Does Coffee Lower the Risk of Endometrial Cancer?

Drinking coffee multiple times a day may decrease the risk of endometrial cancer in women, according to a new study.

Drinking coffee multiple times a day may decrease the risk of endometrial cancer in women, according to a new study. Using dietary questionnaire results from three prospective studies on 84 different foods, the authors found that coffee intake was inversely associated with endometrial cancer risk.

The results were published in Cancer Epidemiology, Biomarkers & Prevention.

Melissa A. Merritt, PhD, a statistician at the School of Public Health at Imperial College London in the United Kingdom, and colleagues assessed whether 84 nutrients and foods could be linked to endometrial cancer risk, using dietary questionnaires completed by 301,107 women who were between the ages of 25 and 70 at enrollment in the European Prospective Investigation into Cancer and Nutrition (EPIC) study. Of these women, 1,303 developed endometrial cancer.

The links between these foods and endometrial cancer risk were then further validated using a cohort of women who were part of the Nurses’ Health Study (NHS) and NHS II, from the Brigham and Women’s Hospital and Harvard School of Public Health, respectively. A total of 1,531 cases of endometrial cancer were reported from this cohort.

Only the links with butter and coffee were validated in the NHS cohort. Coffee has previously been linked to a decreased risk of endometrial cancer in both an NHS study and two prior meta-analyses.

It is not clear which components of coffee may be beneficial. One hypothesis is that coffee may be related to decreased C-peptide levels, a marker of reduced insulin secretion, which may lower exposure to estrogen and therefore obesity, said the authors in their discussion. Other studies have shown that increased intake of both caffeine and caffeine-containing coffee results in increased adiponectin levels, which is associated with lower insulin sensitivity and a decrease in estrogen levels. But, non-caffeine coffee components have also been implicated in cancer risk reduction.

“Coffee intake is worth investigating further to see if coffee can be used for the prevention of endometrial cancer. However, before clinical recommendations can be made, further studies are needed to evaluate this question in other studies and to try to isolate the components of coffee that may be responsible for any influence on endometrial cancer,” said Merritt in a statement. 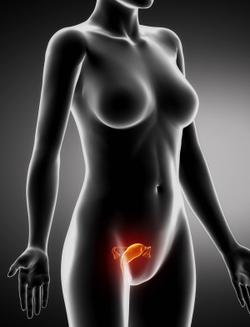