E. David Crawford, MD, Reviews the Evolution of Treatment for mHSPC Leading to the FDA Approval of Darolutamide, Chemo, and ADT 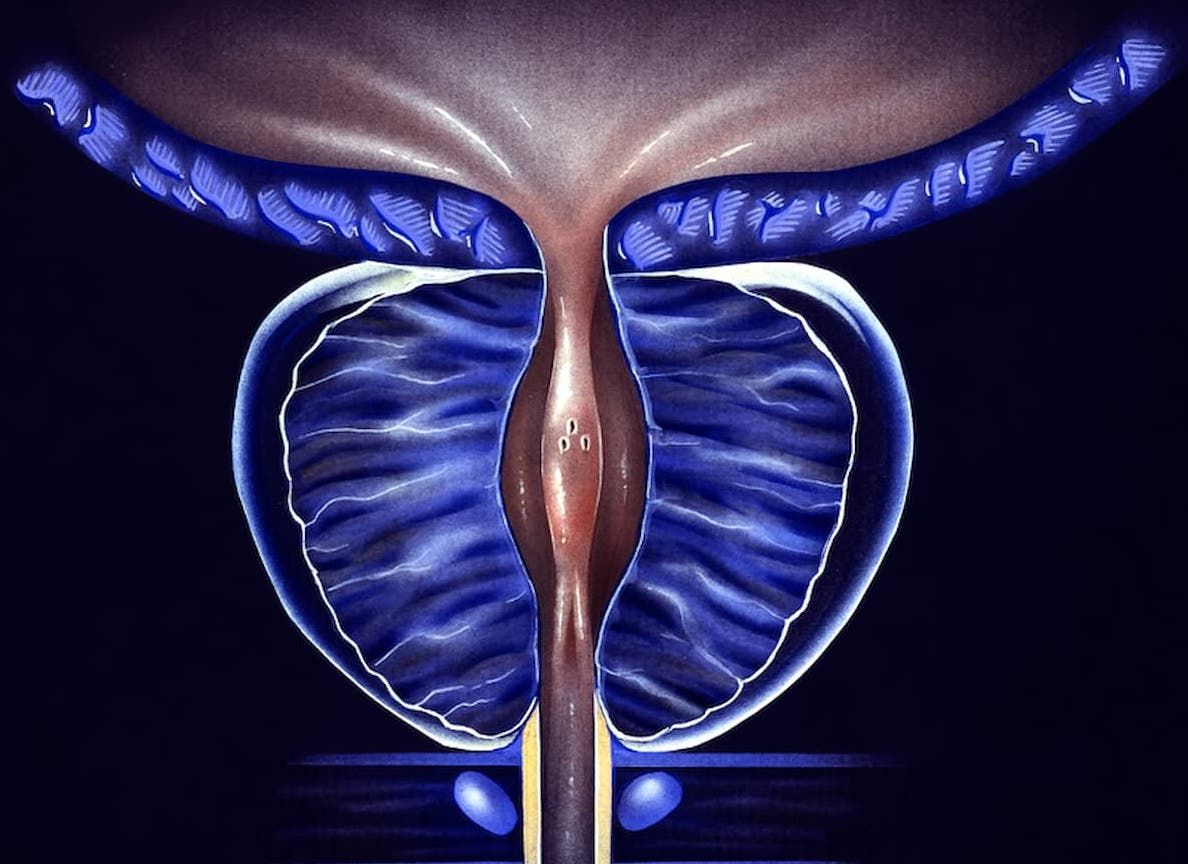 In light of the recent FDA approval of darolutamide plus docetaxel and androgen deprivation therapy in metastatic hormone-sensitive prostate cancer, E. David Crawford, MD, discussed the research that paved the way for the regulatory decision and where future efforts need to be focused.

The recent FDA approval of darolutamide (Nubeqa) plus docetaxel and androgen deprivation therapy (ADT) in metastatic hormone-sensitive prostate cancer (mHSPC) represents a promising improvement in survival without a significant increase in toxicity vs ADT and chemotherapy alone for patients with advanced disease, according to E. David Crawford, MD.1

The triplet combination was approved based on results from the phase 3 ARASENS trial (NCT02799602).2 The treatment combination was found to have a statistically significant and meaningful improvement in overall survival (OS) among those treated with darolutamide plus docetaxel vs chemotherapy (HR, 0.68; 95% CI, 0.57-0.80; P <.0001). Median OS was not reached in the darolutamide arm at a median follow-up of 43.7 months and was 48.9 months in the chemotherapy arm. Patients also had a delay in time to pain progression in the darolutamide arm vs the chemotherapy arm (HR, 0.79; 95% CI, 0.66-0.95; 1-sided P = .006).

“Now we’ve got a triplet [regimen for mHSPC], so I’m excited. I was seeing patients live 10 years or longer with doublets. Now, I expect that it’s going to get even better. I have some patients with advanced prostate cancer alive at 20 years. What we have here is a major step forward; we have a drug that is added onto ADT and chemotherapy that had an impact. That’s something that I think is a game changer,” said Crawford.

CancerNetwork®spoke with Crawford, editor-in-chief of Grand Rounds in Urology; professor of Urology at the University of California, San Diego; and an editorial board member of the journal ONCOLOGY® about the approval and the body of research that led to the regulatory decision. Additionally, he highlighted how the new treatment option will impact patients with mCRPC and where future efforts need to be focused to help move the needle forward.

CancerNetwork®: What does this approval mean for the treatment of prostate cancer treatment? How does it fit into the evolution of treatment for this patient population?

Crawford: It represents a significant step forward in our progress of trying to effectively treat this disease and maybe even get to the point where we make it a chronic disease. Like many of the other [cancer types] out there, people don't die from it; they die with it. [The approval of darolutamide plus docetaxel and ADT] fits very nicely with the evolution of what’s happened in metastatic prostate cancer. [Treatment for prostate cancer] started out with single therapy back in the 1940s with estrogens and orchiectomy. One of the big changing points was the introduction of LHRH [luteinizing hormone-releasing hormone] agonist back in the mid-1980s.

We had an effective therapy that [patients] usually progressed on within a period of a couple of years. That led to a study that [I was involved in] with a doublet therapy and an anti-androgen agent called flutamide which was published in 1989 in the New England Journal of Medicine; that was the first doublet that was utilized extensively.3 It resulted in a 6-month improvement in survival rate. At that time, it was met with a lot of controversy and for the next decade, there were a lot of studies done with it and with other doublets. Then what happened with metastatic disease was that a new generation of drugs came along. We call them third-generation anti-androgens inhibitors, androgen biosynthesis inhibitors, and chemotherapy. What happened there was we were blessed with a bunch of riches [about] a decade ago with all these new drugs like chemotherapy, which were utilized in this study [along with other treatments like] docetaxel, androgen biosynthesis inhibitors, [and abiraterone acetate].

Then we had drugs that were much better than the one I studied in 1989. We had darolutamide that came along, as well as apalutamide [Erleada] and enzalutamide [Xtandi]. When these agents were added to standard [ADT], there was an improvement in outcomes, and that reflected what we had done years ago. In 2018 or 2019, [findings read out using] doublets. If you look at the utilization and studies that have been done going back to 2020, only about a quarter of clinicians add something like this onto ADT—a doublet. We’re starting to see that change a little bit by moving the needle here with therapeutic interventions and change, but development in prostate cancer [like many other cancers] has been slow.

The important thing is now we have a triplet that has been well studied, where you build on the foundation of ADT including a study that was done a number of years ago by Christopher J. Sweeney, MMBS, and the [Prostate Cancer Foundation] Cooperative Group. That was called the [phase 3] CHAARTER trial [NCT00309985].4 It showed when you add docetaxel to ADT, you had improvements in outcomes of almost 17 months, which is a long time compared with the study that we did back in 1989 when the survival rates were 28 months to 35 months of improvement.

How did this pave the way for the ARASENS trial?

Building on that was tough, and this was a risky trial to do in a way. The ARASENS trial built on the doublet of ADT and chemotherapy and then added darolutamide, which is a third-generation anti-androgen inhibitor. What happened here was an amazing almost 35% improvement in the survival rate, just by adding [darolutamide]. Then the question was, ‘Okay, did we add a lot of toxicity?’ The answer was no—there was no added toxicity on top of chemotherapy with ADT. There’s no question that chemotherapy with ADT takes its toll on [patients] more than ADT alone, which has a significant [adverse] effect profile. The ones we worry about now are more cardiovascular and bone [related].

What unmet needs do you think this approval has addressed?

We always like to have a personalized medicine approach, focusing on a [single patient] rather than a large group. We’ve got some of that information here, but I wouldn’t jump to say that [you should] take the worst patients and treat them with this regimen. That’s what the bucket of chemotherapy fell into where the benefit seemed to be working with more advanced disease. Some of that had to do with people with lesser disease who lived longer in these trials, but we did not follow patients long enough to see that. That was sort of the same with the ARASENS trial in a way; when the end point of survival difference was reached and survival in the control arm passed 50%, the study was basically stopped and people weren't followed anymore. Therefore, we may never know the right answer for some of the [included] groups.

We do know, however, that there’s an improvement in survival, delay in chemotherapy, and a delay in pain. We also know that the majority of toxicity during the initial therapy with the chemotherapy and that the addition of darolutamide didn’t significantly change that. How do we decide who to use it on? Many people don’t agree with me, but I think it applies across the board with advanced prostate cancer. We all know that cancer that is a collection of genetic changes; the longer it’s around them, the more genetic heterogeneity exists and less responsive it is to that therapy. When screening, we’re finding the disease early. In our study from 1989, we found that people with more minimal disease did lived longer, and it wasn’t just lead time bias. Hitting this [disease] heavy up front as you do with a lot of [curable] cancers makes sense, and right now, it’s open to most patients, not just those who have more significant disease.

Looking towards the future, what are the next steps for researching this treatment combination?

History remakes itself all the time in prostate cancer, and what we found out was that it used to be that drugs were studied with advanced disease, including hormone therapy and some of the anti-androgens. What happened was we were treating [patients] and then [treatment] would fail. They’d have advanced diseases such as castration-resistant disease or hormone-refractory disease. That’s where a lot of the new drugs came in. We started studying the drugs in the [patients with] worse disease because they had a very minimal life expectancy. We were seeing with every one of these drugs like apalutamide and enzalutamide [being being used for] patients who were refractory to everything. Now it’s moving up to the adjuvant setting and even active surveillance. Whether we see progression or regression of these agents being moved to earlier [lines of therapy], I don’t think we’re too far off from seeing this in the future. We’re going to be able to treat patients earlier with triplet therapy like this. Maybe [they will] not continue it for the rest of their lives, but we don’t do that with a lot of chemotherapies. We’re going to evolve into that, but right now we’re looking at what’s happened with the triplet drugs and celebrating the results. We’re going to start moving it up [the lines of therapy].

Despite Improving Responses, Pembrolizumab/Olaparib Fails to Improve Survival in mCRPC