The director of Molecular Pathology and assistant professor of Pathology at Cedars-Sinai spoke about the use of NGS testing to match patients with targeted therapy.

In an interview with CancerNetwork®, Eric Vail, MD, director of Molecular Pathology and assistant professor of Pathology at Cedars-Sinai, discussed the use of comprehensive biomarker testing and how it can aid in matching patients with targeted therapy.

Specifically, Vail spoke about next generation sequencing, and how this DNA sequencing technology has revolutionized genomic research. According to Vail, this form of testing could now even be considered the standard of care.

“NGS, or next generation sequencing, essentially takes all of that single-gene testing and does it for 100 genes, for 200 genes, for 300 genes, or even 10,000 genes; you can do whole exome sequencing or whole genome sequencing,” said Vail. “So, you’re basically doing all of these tests all at the same time and you’re able to multiplex it, or basically put lots of different patient samples in together and that allows you to do a lot of testing on each patient and then a lot of patients all at the same time. So, this has huge impacts on efficiency.”

Vail suggested that most large hospitals already have in-house testing, though the degree to which each institution can perform these tests varies. In particular, the majority of smaller community centers still have to send their patients with cancer to nearby larger facilities. However, Vail believes that as barriers to implementing these tests, such as cost barriers, come down, there will be more widespread adoption of the technology.

“I think the most important thing is, you have to think about the turnaround time for this testing,” Vail said.

Shubham Pant, MD, on the Future of Treatment of Pancreatic Cancer With Targeted Therapies 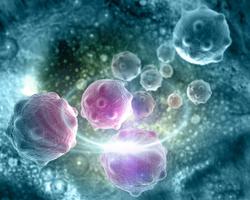