The blood test is intended for use in detecting a range of cancers—including liver and lung cancer—among adults ages 50 to 75 years.

The FDA has granted breakthrough device designation to OverC™, a multi-cancer detection blood test (MCDBT), according to a press release from developer Burning Rock.1

OverC is intended for use in detecting several types of cancer, including esophageal cancer, liver cancer, lung cancer, ovarian cancer, and pancreatic cancer, in a population of adult patients between the ages of 50 years to 75 years. OverC has resulted in sensitivity of 69.1% and a specificity of 98.9%, according to data from the case-controlled THUNDER study.

The test is set to be further evaluated in prospective interventional studies in an asymptomatic population of patients.

Detection of disease as determined via the OverC test using the top 1 or 2 predicted tissues originating from cancer-associated signals could be indicative of cancer and should be followed by a diagnostic test, as suggested by a qualified health professional. In the case of a negative test, cancer should still not be ruled out and a guideline-recommended standard screening test should be implemented.

“For cancer, early diagnosis and treatment are the key to the long-term survival of patients,” Yusheng Han, founder and CEO of Burning Rock, said in a press release. “Liquid biopsy-based early detection technology will be an important supplement to the current cancer screening methods, especially for ovarian cancer, pancreatic cancer and other cancers that have no effective screening methods up to now.”

OverC was given a CE mark—an confirming that the product conforms to European health, safety, and environmental protection standards—in both the United States and China. Moreover, the breakthrough device designation could clear the way for an accelerated registration path via confirming performance validation and utility establishment. 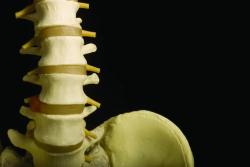