A triplet, PDS0101-based combination regimen enhanced survival across several types of HPV-positive cancer, according to interim data from a phase 2 trial.

Additionally, the ORR was 88% among patients who were CPI therapy naïve. Investigators reported that 75% this population remained alive at a median follow-up of 27 months. Median OS has not yet been reached; the reported historical median OS for this population is approximately 7 to 11 months.

Patients need to have received at least 1 prior systemic chemotherapy to be included in the study. They must also have undergone treatment with a CPI if an FDA-approved option was available unless they were ineligible or unwilling after appropriate counseling. An ECOG performance status of 2 or lower, adequate hematologic function, and adequate renal and hepatic function at screening were also required.

Exclusion criteria included known brain or central nervous system (CNS) metastases, as well as seizures requiring anticonvulsant treatment or clinically significant cerebrovascular accidents in the 3 months prior to the start of treatment. Patients were also excluded if they had a non-HPV associated second malignancy within 3 years of enrollment; the only exceptions were adequately treated, localized malignancies, and malignancies requiring no active systemic treatment.

“We are pleased to see the continued consistency in the data with each update and we look forward to meeting with the FDA to discuss the registrational pathway,” Bedu-Addo added.

PDS0101 is also under assessment in the phase 2 VERSATILE002 study (NCT04260126) in combination with pembrolizumab (Keytruda) as well as the phase 2A IMMUNOCERV trial (NCT04580771) in patients with locally advanced cervical cancer. 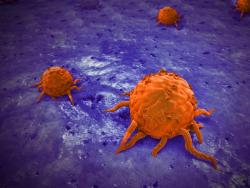