A retrospective study supported the role of primary radiotherapy in early-stage follicular lymphoma.

Patients with early-stage follicular lymphoma who relapsed after primary radiotherapy had excellent prognoses, supporting “the role of primary radiation in the management of early-stage disease,” according to a retrospective study.

Of the approximate one-third of patients with relapsed disease after primary radiotherapy, the majority were still alive 3 years post-relapse, reported Michael S. Binkley, MD, MS, of Stanford Cancer Institute and Stanford University School of Medicine, and colleagues. The results were published in the International Journal of Radiation Oncology, Biology, Physics.

“Although the recently reported randomized TROG 99.03 trial showed improved progression-free survival for patients receiving adjuvant rituximab-based chemotherapy after radiation for early-stage follicular lymphoma, given the excellent prognosis, including that for those with relapse, adjuvant systemic therapy may lead to overtreatment for many patients,” Binkley and colleagues wrote.

The study included 512 patients, with a median follow-up of more than 4 years. All patients had received 24 Gy or more of radiotherapy for stage I to II follicular lymphoma grades 1 to 3A and were age 18 years or older. All had PET-CT staging.

Relapse occurred in 29.1% of patients at a median of 23 months after radiotherapy. The majority of recurrences occurred at sites outside of the prescription treatment volume.

Relapsed patients were followed for a median of 33 months post relapse. The 3-year overall survival rate for these patients was 91.4%. Patient histology at the time of disease relapse included 93 patients with indolent disease, 3 with follicular lymphoma 3B/NOS, and 18 with diffuse large B-cell lymphoma (DLBCL); 35 patients were not biopsied.

Jonathan W. Friedberg, MD, MMSc, director of the Wilmot Cancer Institute at the University of Rochester, who was not involved in the study, said that the results confirm several other recent studies demonstrating excellent outcomes in patients with stage I follicular lymphoma staged rigorously with PET and bone marrow biopsy.

“The observation that the small subset of patients who progress early after radiation have poor outcomes also confirms similar findings in systemically treated patients with follicular lymphoma, and emphasizes that a unique, as yet to be defined, biology likely explains the treatment refractoriness; this is currently the focus of many ongoing studies,” Friedberg told Cancer Network.

“Given these excellent outcomes with radiation alone, I concur with the authors’ conclusion that adjuvant systemic therapy, although demonstrating progression-free survival benefit in one problematic randomized trial, is not indicated for most patients with stage I disease,” he said. “The decision on optimal therapy needs to be individualized, and may include involved site radiation therapy, observation, or single-agent rituximab in various settings.” 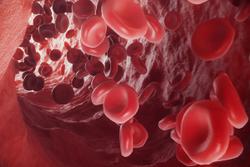 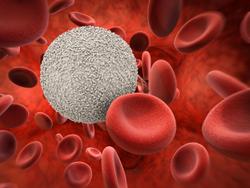