Prostate Cancer Immunotherapy: the Role for Sipuleucel-T and Other Immunologic Approaches

For many years, the results of large randomized clinical trials of cancer vaccines have not been good.

For many years, the results of large randomized clinical trials of cancer vaccines have not been good. This was recently exemplified by the two randomized phase III clinical studies that evaluated GVAX. The first of these (VITAL-1) compared GVAX to docetaxel (Taxotere)/prednisone; the second (VITAL-2) compared GVAX with docetaxel to docetaxel/prednisone alone.[1] However, an important breakthrough in the field of tumor immunology has finally been achieved with sipuleucel-T (Provenge). This is exemplified by the results of the IMPACT phase III trial, which led to the recent FDA approval of the first therapeutic vaccine for the treatment of cancer.[2] Although other vaccines have come to market for the prevention of cancer (eg, cervical cancer), sipuleucel-T is the first such treatment approved for patients with active tumors.

When the initial phase I and II studies with sipuleucel-T were being conducted, there were few effective FDA-approved treatments for men with metastatic castrate-resistant prostate cancer (CRPC). In 2004, docetaxel with prednisone was approved based on the results of 2 large randomized phase III studies; these showed an improvement in overall survival in men with metastatic CRPC who were treated with this regimen.[3,4] The recent FDA approval of sipuleucel-T has further increased overall survival. However, as noted by Garcia et al, the population for whom this therapy is indicated is limited to men with metastatic CRPC who are minimally symptomatic or asymptomatic prior to receiving docetaxel. In addition, sipuleucel-T has not been shown statistically to alter the time to disease progression in the majority of patients treated. Finally, as Garcia et al have pointed out, there are now a number of new drugs for prostate cancer that have shown promising results. The FDA recently approved cabazitaxel (Jevtana), a second-generation taxane for patients with disease progression following docetaxel. Abiraterone, a selective CYP-17 inhibitor, may soon receive approval as a second-line therapy to be used following treatment with docetaxel. Unlike sipuleucel-T, these compounds have demonstrated objective clinical responses in addition to increasing overall survival.

Other experimental immune therapies, such as anti-CTLA-4 and ProstVac, have also shown encouraging results.

The question arises: What is the best way to use these therapeutic approaches in the clinical setting? Recent immunologic studies have shown an advantage to combining vaccines with androgen receptor antagonist therapy.[5] In a randomized phase II study in nonmetastatic CRPC, 42 patients were randomly assigned to receive second-line hormonal therapy with either nilutamide (Nilandron) or a vaccine. The study showed a survival benefit in the 12 patients who received the vaccine first followed by nilutamide, compared with those who received nilutamide first followed by the vaccine (median overall survival, 6.2 years vs 3.7 years; P = .045).[6,7] In addition, studies have shown that chemotherapy can be combined with a prostate cancer vaccine without blunting the immune response to the vaccine.[8] Other studies have shown that chemotherapy administered following a vaccine may enhance the immunologic response by introducing immunologically relevant antigens to a heightened immune system upon destruction of the tumor-thereby acting as a vaccine boost in addition to reducing tumor burden.[9,10] Questions regarding the optimal dosing and timing of these combinations need to be addressed. Moreover, there are questions about whether newer compounds, such as abiraterone, could be combined with immune therapy to produce further improvements in overall survival.

Finally, the question of which patient populations may benefit from cancer vaccines needs to be addressed. Immunizing with a vaccine differs significantly from administering a drug. For a vaccine to produce benefit, patients may require multiple vaccinations and adequate time to mount immune responses that will translate into a clinical benefit. Studies involving cancer vaccines have shown that patients with large tumor burdens and those who have received multiple prior chemotherapy treatments may not respond well to a cancer vaccine.[11] In addition, clinical trials have suggested that certain predictive criteria may be helpful in delineating the population of patients with metastatic CRPC who may benefit clinically from cancer vaccine therapy. In a recent phase II study by Gulley et al of PSA-TRICOM, patients were retrospectively stratified into those with aggressive disease and those with indolent disease through use of the Halabi nomogram.[12] This prognostic tool was derived from an analysis of patients with metastatic CRPC in Cancer and Leukemia Group B (CALGB) trials; it uses seven prognostic factors to project the survival of patients treated with second-line hormonal therapy or chemotherapy.[13] The Gulley et al study demonstrated that patients with disease that was more indolent (predicted survival >18 months) were more likely to benefit from vaccine therapy. Patients with indolent disease survived a median of > 37.3 months, compared with a median Halabi nomogram–predicted survival of 20.9 months. For patients with aggressive disease and a projected survival of < 18 months, the median survival was 14.6 months, compared with a median predicted survival of 12.3 months.[12]However, randomized studies are needed to confirm these results.

In summary, sipuleucel-T is the first cancer vaccine to be approved by the FDA. Despite the fact that newer drugs will be coming on the market, the role of this vaccine, as well as that of other promising immune approaches, should be further defined in additional studies that evaluate other patient populations beyond that for which sipuleucel-T is currently indicated, as well as the role of combining immune-based therapy with other conventional and experimental therapies.

11. von Mehren M, Arlen P, Gulley J, et al. The influence of GM-CSF and prior chemotherapy on the immunological response to a vaccine (ALVAC-CEA B7.1) in patients with metastatic carcinoma. Clin Cancer Res. 2001;7:1181-91. 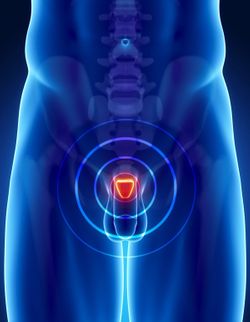