Quiz: How Common Are ROS1 Rearrangements in Patients With Lung Cancer?

In patients with stage IIIA non–small-cell lung cancer, should the presence of N2 disease be determined by both radiologic and invasive staging prior to treatment initiation? Are ALK rearrangements and EGFR mutations mutually exclusive? Test your knowledge in our latest quiz.

In patients with stage IIIA non–small-cell lung cancer (NSCLC), should the presence of N2 disease be determined by both radiologic and invasive staging prior to treatment initiation? Are ALK rearrangements and EGFR mutations mutually exclusive? Test your knowledge in our latest quiz.

In the phase III randomized LUX-Lung 3 trial, patients receiving afatinib had decreased cough and dyspnea, as well as improved health-related quality of life when compared with those receiving cisplatin/pemetrexed.[1] A combined analysis of LUX-Lung 3 and LUX-Lung 6 reported a survival advantage over chemotherapy in patients with exon 19 deletions who received afatinib,[2] as opposed to other EGFR tyrosine kinase inhibitors that showed improved progression-free survival but no overall survival difference.

A 59-year-old man presents with dyspnea and cough. He is white and a nonsmoker. Chest x-ray reveals extensive interstitial markings with a reticulonodular pattern. Further workup with CT scans shows numerous multifocal bilateral pulmonary nodules and several lesions in the liver. Biopsy of the liver lesion shows adenocarcinoma. Molecular analysis reveals a point mutation in exon 21 of the EGFR gene (L858R). After initial good response to erlotinib, he achieves stable disease. During follow-up he is found to have progressive disease on a CT scan, according to RECIST criteria. He is clinically asymptomatic.

This patient with sensitizing EGFR mutation-positive lung cancer has asymptomatic progressive disease while on erlotinib. Subsequent therapy options may include continuation with erlotinib, local therapy, or second-line treatment with osimertinib. Erlotinib discontinuation may cause a flare in a subset of patients. Because of the multiple sites of metastatic disease, local therapy would not be a good option. If the tumor was T790M mutation-positive, osimertinib would be a good option; however, this would require biopsy and testing for this mutation. Immune checkpoint inhibitors and chemotherapy options could be considered after osimertinib therapy fails.

However, exon 20 insertion mutation may predict resistance to clinically achievable levels of TKIs.[1,2]

B.The majority of patients with ROS1-positive NSCLC respond to crizotinib and other ALK inhibitors.

Other ALK inhibitors such as alectinib do not appear to have activity against ROS1-positive NSCLC.[1]

Published evidence does not support the use of radiation therapy in induction regimens for stage IIIA (N2) disease. Given the potential disadvantages of adding radiation preoperatively, using this treatment strategy should be considered only in the context of clinical trials to allow better assessment of its effectiveness.[1] 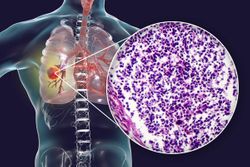 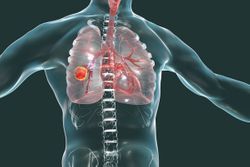