“In contrast to standard therapy with 5-aza, HSCT has been shown to be curative, also in elderly patients with MDS. But because of the inherent complications, which cause therapy-related morbidity and mortality, only selected patients with MDS undergo this procedure,” wrote investigators of the study.

There were 162 patients eligible to receive 5-aza. After induction treatment, only 67% (n = 108) of patients were eligible for either treatment modality, with 81 patients proceeding to alloHSCT and 27 continuing with 5-aza therapy. There were 33% (n = 54) of patients who had premature study termination during the first 4 cycles of 5-aza, of whom 26 had disease progression, 12 patients died from to infection-related complications, 7 patients had adverse effects, 2 patients withdrew their informed consent, and 7 patients withdrew for physicians’ decisions or other reasons.

Between 5-aza induction and treatment allocation, the remission status was 50%, partial responses (PRs) occurred in 20% and complete response (CRs) in 14%. Investigators found that patients in the continuous 5-aza arm had more PRs or CRs, but they hypothesized it might be biased against alloHSCT.

There were 26 patients who experienced relapse from progression in the 5-aza induction phase. After allocation, an additional 13.6% of patients experienced relapse in the alloHSCT arm whereas all 27 patients in the continuous 5-aza arm relapsed or progressed during follow-up. Of these 27 patients, 14 underwent salvage alloHSCT with alternative human leukocyte antigen–mismatched donors.

The multivariate analysis for OS in HSCT versus 5-aza resulted in an HR of 0.9 (95% CI, 0.49-1.73; P = .8). This did not include variables such as sex, ECOG performance status, International Prostatism Symptom Score, recipients age, or remission status, and did not affect OS.

“The study confirmed that elderly patients up to age 70 years with higher-risk MDS and sufficient organ function do benefit from HSCT in comparison with 5-aza treatment,” concluded the investigators of the study. 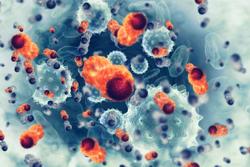