Rituximab Plus Fludarabine and Cyclophosphamide Safe and Effective in Follicular Lymphoma

This special supplement to Oncology News International includes updated results of studies with anti-CD20 therapy and other targeted therapies in the treatment of lymphomas, chronic lymphocytic leukemia, and immune thrombocytopenic purpura. The results were presented at the American Society of Hematology 44th Annual Meeting in Philadelphia, December 6 to 10, 2002.

PHILADELPHIA-Rituximab (Rituxan) has shown synergistic antitumor activity when combined with chemotherapy in previous studies.[ 1,2] These studies suggest that rituximab sensitizes cells to the effects of chemotherapy through interleukin- 10, causing down-regulation of the bcl-2 gene. Another hypothesis suggests that chemotherapy may instead sensitize cells to the effect of rituximab. This hypothesis is supported by data from a recent study indicating that fludarabine (Fludara) sensitizes lymphoma cells to rituximab through the downregulation of complement inhibitory proteins such as CD55 and CD59.[3] The potential synergy between rituximab and chemotherapy has led several investigators to study the efficacy of using fludarabine and cyclophosphamide (Cytoxan, Neosar) chemotherapy with rituximab (FCR) for the treatment of follicular lymphoma. At the American Society of Hematology (ASH) 44th Annual Meeting in Philadelphia, Stefano Sacchi, MD, of the Universita di Modena e Reggio Emilia in Modena, Italy, reported a phase II, multicenter clinical trial of the safety and efficacy of FCR in patients with relapsed follicular lymphoma (ASH abstract 2246).[4] Of the 48 patients enrolled in the study, 47% had stage IV disease. The median number of prior chemotherapy regimens was 1.7 (range, 1 to 4 regimens). Patients were treated with rituximab 375 mg/m2 at weeks 2, 3, 6, and 9, and with fludarabine 30 mg/m2/day for 3 days plus cyclophosphamide 300 mg/ m2/day for 3 days, repeated every 28 days for a total of four cycles.

Rearrangement of the bcl-2 gene in bone marrow or peripheral blood mononucleated cells, as evaluated by polymerase chain reaction (PCR) analysis, demonstrated that 22 of 38 (58%) patients had bcl-2 rearrangement. Among 39 evaluable patients, the overall response rate was 97% (see Table 1).[4] Of the 18 patients with molecular monitoring of disease before and after chemotherapy, 15 (83%) achieved molecular remission. The median duration of remission was 13 months after a median follow-up of 12 months (range, 1 to 25 months). Complete responses have been maintained in 28 patients. Eight patients relapsed; two died due to disease progression, and one patient died because of chemotherapy-induced neutropenia. The majority of adverse events were mild to moderate in severity. One patient experienced a grade 4 pulmonary infection after the third cycle of chemotherapy. Grade 3 or 4 leukopenia was observed in 10 patients, and four patients presented with grade 4 granulocytopenia. Overall, treatment with FCR in this ongoing study was associated with an acceptable toxicity profile and an excellent response rate in heavily pretreated patients with relapsed follicular lymphoma. Comple- tion and evaluation of response duration and survival are eagerly anticipated.

Remarkably Similar Results In a separate study, Amos Cohen, MD, and colleagues of the Israel Cooperative Lymphoma Group presented phase II data for FCR in patients < 60 years of age with primary advanced follicular lymphoma (ASH abstract 1393).[5] Most patients (26 of 33) had stage IV disease. Patients were treated with fludarabine 25 mg/m2 plus cyclophosphamide 250 mg/m2 for 3 days, repeated every 4 weeks for a total of four to six cycles. Patients subsequently received rituximab 375 mg/m2 weekly for four cycles after a partial or complete re response was achieved. Molecular responses were measured by reverse transcription PCR analysis of bcl-2/immunoglobulin H in bone marrow or peripheral blood mononuclear cells. Response rates are summarized in Table 2.[5] The overall response rate was 88%, with a median follow-up period of 17 months (range, 9 to 34 months). Of 25 patients with molecular monitoring of disease before and after chemothera- py, 19 (76%) achieved molecular remission. These results are remarkably similar to those reported by Sacchi et al.[4] In addition, overall survival rates were 94% at 1 year and 89% at 2 years. Median overall and disease-free survival were not reached at 17 months.[5] Fludarabine and cyclophosphamide chemotherapy was safe for the treatment of primary advanced follicular lymphoma. Hematologic toxicity was reported in 30% of patients. Grade 3 or 4 neutropenia was report- ed in 6% of patients and only one patient experienced neutropenic fever. No cases of autoimmune hemolytic anemia were reported. This study suggests that FCR is safe and active in patients with advanced follicular lymphoma. Taken together, the two studies show that FCR is safe and exhibits promising activity in both relapsed and primary advanced follicular lymphoma. Continued investigation of this treatment regimen is warranted. 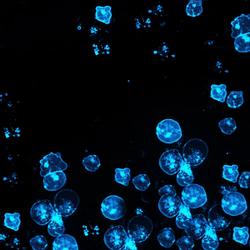 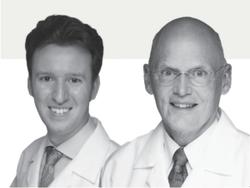