Sintilimab (Tyvyt) plus IBI305, a bevacizumab (Avastin) biosimilar, yielded positive outcomes in overall survival (OS) and progression-free survival (PFS) for patients with unresectable hepatitis B virus (HBV)–positive hepatocellular carcinoma (HCC), according to the results of the phase 2/3 ORIENT-32 study (NCT03794440).

“To our knowledge, ORIENT-32 is the first large-scale, phase 2/3 study of a PD-1 inhibitor in combination with an anti-angiogenesis inhibitor, and the findings contribute to understanding immunotherapies in combination with anti-VEGF therapies in patients with [HCC]. Compared with similar studies of first-line therapies for patients with advanced hepatocellular carcinoma, sintilimab/bevacizumab biosimilar reduced the risk of death and disease progression,” the study’s investigators wrote.

In the randomized, open-label study, investigators examined the efficacy of sintilimab, a PD-1 inhibitor, plus IBI305 vs sorafenib (Nexavar) as a first-line treatment for HCC. The study took place in 50 different institutions across China. Overall, 595 patients were enrolled, 380 of whom were randomized to the sintilimab plus IBI305 group and 191 to the sorafenib group.

In the phase 2 portion of the study, patients in the sintilimab group were given 200 mg plus IBI305 at 15mg/kg intravenously every 3 weeks. In the third phase, patients were randomized 2:1 to either the sintilimab plus IBI305 cohort or the sorafenib cohort, in which the agent was administered at 400mgorally twice daily.

The primary end point for phase 2 of the study was assessing the safety in patients who had one dose of the treatment, while the secondary end point was objective response rate (ORR). In phase 3, the co-primary end points were OS and PFS.

During the study, 188 patients in sintilimab cohort and 75 in the sorafenib cohort had their treatment interrupted due to TEAEs. In both cohorts, treatment was discontinued for 52 (14%) and 11 (6%) patients, respectively, due to TEAEs. Additionally, TEAEs of any grade occurred in 376 patients (99%) in the experimental arm and 181 (98%) in the control arm. The most common TEAEs that were grade 3 or higher included hypertension, decreased platelet count, and proteinuria.

This study was impacted by COVID-19, with 139 patients in the sintilimab plus IBI305 group and 36 in the sorafenib group were affected by the virus. This led to drug administration being delayed and radiographic assessment of tumors being missed. No patients were infected with COVID-19 to the investigators’ knowledge. 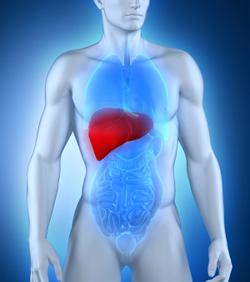