The 4Kscore blood test has been shown to accurately detect the presence of high-grade prostate cancer, according to a study presented at ASCO GU.

A blood test called the 4Kscore results in accurate detection of high-grade prostate cancer. In a prospective study of 1,012 men, this test more accurately predicted the presence of high-grade disease compared with a commonly used risk calculator in men with elevated prostate-specific antigen (PSA) levels.

The results from this study (Abstract 1) were presented by Sanoj Punnen, MD, a urologic oncologist at the University of Miami in Florida at the 2015 Genitourinary Cancers Symposium.

In this study, men scheduled for a prostate biopsy were enrolled, regardless of their PSA level or clinical findings, at 26 centers across the United States between October 2013 and April 2014. A total of 231 (23%) high-grade prostate cancers were detected. The 4Kscore showed a higher net benefit in comparison with the PCPTRC at all threshold possibilities for high-grade disease used in clinical practice.

The test is able to detect aggressive prostate cancer with high accuracy, Punnen told Cancer Network. “The area under the curve is better than any other biomarker in this area. There was a significant reduction in biopsies that could be attained if we used this test,” he said.

The goal of the 4Kscore is to reduce unnecessary biopsies, as the vast majority of biopsies show either no cancer or a low-grade tumor. These biopsies result in high medical costs, as well as morbidities for the patient.

The 4Kscore was able to better discriminate high-grade vs low-grade prostate cancer compared with the Prostate Cancer Prevention Trial Risk Calculator (PCPTRC) (area under the curve of 0.82 vs 0.74; P < .0001).

The commercially available test is made by OPKO Health, Inc., a Florida-based pharmaceutical and diagnostics company, and is manufactured by a Clinical Laboratory Improvement Amendments–accredited facility. The test uses four blood-based measures: total PSA, free PSA, intact PSA, and human kallikrein 2 (hK2). These results are combined along with a patient’s age, digital rectal exam results, and history of a prior negative biopsy into a single algorithm. The result, according to OPKO, is a patient-specific probability for finding a high-grade tumor on biopsy, defined by a Gleason score of 7 or higher.

Several European studies, including the European Randomized Study of Screening for Prostate Cancer (ERSPC), showed that the 4Kscore could be used to tell the difference between a low-grade tumor and an aggressive, high-grade tumor.

“The results were very similar in both the European and US groups-high accuracy in detecting high-grade disease and significant reductions in biopsy. The main difference is the studies in Europe were done retrospectively on archived blood and most men only had six core biopsies. This study was done prospectively on fresh blood and men followed the standard of care in the United States,” Punnen told Cancer Network.

While validated in European studies, the current study is the first prospective assessment on a US population. Initial results from this study were presented at the 2014 American Urological Association Annual Scientific Meeting.

Although the test has now been extensively studied in both the United States and Europe, said Punnen, further validation studies are still being planned.

“We need to encourage the use of these markers in clinical practice to allow us to focus our screening efforts on men most at risk for bad cancer. Right now many indolent cancers are being diagnosed and unnecessarily treated. These tests will allow us to better discriminate between the aggressive and indolent types of prostate cancer,” said Punnen. 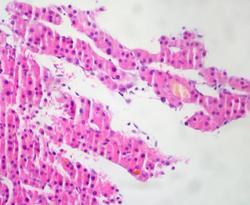 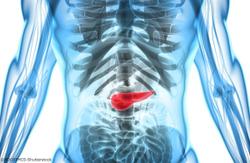 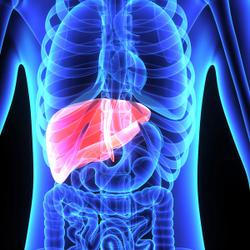