Several pharmaceutical companies are developing diagnostic tests to measure the levels of PD-L1 protein expression on patients’ tumors. Two clinical trials, with both nivolumab (Opdivo) and pembrolizumab (Keytruda), support the notion that those patients whose tumors have higher levels of PD-L1 on their surface are more likely to respond to anti-PD-1 treatment compared to those patients whose tumors have low or no PD-L1 expression.

“Before our study, we did not know whether the different assays identified the same patients,” said study author Marianne Ratcliffe, PhD, MA, a diagnostic associate director at AstraZeneca, which is developing durvalumab/MEDI4736, an anti-PD-L1 immunotherapy antibody.

The current study compared the Ventana SP263 assay (developed by Ventana) in collaboration with AstraZeneca for use in conjunction with patients treated with durvalumab, the Dako 22C3 assay (by Dako), approved for the US Food and Drug Administration (FDA) as a companion diagnostic to identify patients who are most likely to benefit from pembrolizumab, and the Dako 28-8 assay, approved by the FDA as a complementary diagnostic for nivolumab. All three tests measure the percentage of tumor cells within a sample that stain positive for the surface protein PD-L1. Each test sets a unique cut-off point of test positivity which corresponds to a greater likelihood of response to the immunotherapy among lung cancer patients.

The researchers evaluated the three tests on 500 patient biopsy samples, including both squamous and nonsquamous histologies. The comparison showed that a 25% cutoff using the Ventana SP263 test was similar to the results using the Dako 28-8 test at a 10% cutoff mark. There were similar results between the SP263 and the 22C3 tests at a 50% cut off mark.

The three tests achieved overall percentage agreement of more than 90%, according to Radcliffe. She also noted that this study points to the ability to extrapolate results from one test to another, which in the future, could allow physicians to use the tests interchangeably.

This study was funded by AstraZeneca. 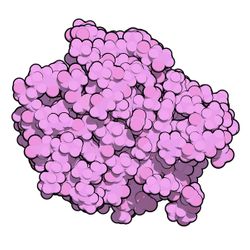