Results from the study, which were recently presented at the 2022 American Society of Clinical Oncology (ASCO) Annual Meeting, analyzed the safety and efficacy of zenocutuzumab.1 The trial specifically looked at patients with non–small cell lung cancer (NSCLC), pancreatic cancer, and other solid tumors. Patients had a tumor assessment every 8 weeks, with survival follow-up for up to 2 years. The objective response rate was 34% in all tumor types, the median duration of exposure was 6.3 months, and the median duration of response was 9.1 months (95% CI, 7.4-not reached), with the 6-month rate being 76% and 27% at 12 months.

The research may address unmet needs for patients with NRG1 fusion–positive tumors, according to Schram. Zenocutuzumab had previously been granted fast track designation by the FDA, and orphan drug designation in patients with pancreatic cancer.2,3

The eNRGy trial is a global phase 1/2 clinical trial looking at zenocutuzumab in NRG1 fusion–positive cancers. NRG1 fusions are enriched in driver-negative diseases, including NSCLC and pancreatic cancer, but can be found across other tumor types. This trial included all patients with solid tumor who had NRG1 fusions. The inclusion criteria for the trial were patients with advanced or unresectable diseases who had previously received standard treatment. It was a population for which there was an unmet need. It was required for patients to be adults [older] than 18 years and have an adequate performance status of less than or equal to an ECOG of 2. Patients were treated with zenocutuzumab at 750 mg intravenously every 2 weeks until disease progression or unacceptable toxicity. The primary end point was overall response rate per Resist v1.1, and secondary endpoints included duration of response, overall response rate by central review, and pharmacokinetics.

As of the data cutoff in April 2022, 83 patients were evaluable for response. If you look at the demographics that were presented at ASCO, the majority of patients being White and the average age was about 59, but it ranged from 22 years to 84 years old. Overall, the patients were 41% female and 59% were male and the diseases included non–small cell lung cancer in 57% of patients, pancreatic adenocarcinoma in 23%. Other diseases [included breast cancer [8%], cholangiocarcinoma [4%], colorectal cancer [4%] and some more rare tumors such as sarcomas [5%]. The average number of prior lines of therapy was 2 and 11% had prior afatinib [Gilotrif] use which is a tyrosine kinase inhibitor that also targets this pathway.

The results were impressive with the response rate in this population and all tumor types of 34%; these were confirmed responses. When looking at pancreatic cancer, the response rate was 42%, and in NSCLC it was 35%. This is in a patient population that had already been treated with standard therapy. The median duration of response was 9.1 months. In patients who had responses to this drug, the treatment was very durable. 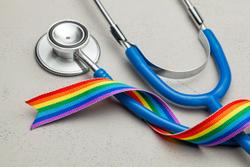