A primer on managing the chemorefractory patient from Eric Van Cutsem, MD, PhD.

ORLANDO-Unlike their wildtype counterparts, colorectal cancer tumors that harbor mutations in the KRAS gene do not respond to treatment with EGFR monoclonal antibodies. Fortunately, novel approaches to improve outcomes are in the pipeline, according to world-renowned expert Eric Van Cutsem, MD, PhD, speaking at the 2010 Gastrointestinal Cancers Symposium.

KRAS is a validated marker for predicting resistance to anti-EGFR antibodies in CRC. The activity of cetuximab (Erbitux) and panitumumab (Vectibix) is confined to KRAS wild-type metastatic CRC. However, KRAS does not predict for efficacywith bevacizumab (Avastin), as shown in a study in which risk of progression was reduced by 59% with IFL (irinotecan [Camptosar], 5-FU, leucovorin) plus bevacizumab in the KRAS-mutant population and by 56% in the wild-type population (The Oncologist 14:22-28, 2009).

"This has important therapeutic implications," said Dr. Van Cutsem, who is a professor of internal medicine at the University of Leuven in Belgium and head of the division of digestive oncology at the University Hospital Gasthuisberg. "For KRAS-mutant patients, first-line treatment of metastatic CRC is a cytotoxic doublet plus bevacizumab. But after chemotherapy plus bevacizumab, in the chemorefractory patient, what do we use next? There is an unmet need here. We need trials to explore tumor pathways and integrate this knowledge into the development of new agents for this tumor type."

KRAS is not prognostic

In contrast, BRAF, which is mutated in 6% to 10% of CRC, has strong prognostic significance as shown in the CRYSTAL trial, in which the overall survival (OS) benefi t was dependent upon BRAF wildtype status (ASCO 2007 abstract 4000).

Other markers are under scrutiny to explain why wild-type tumors do not always respond to anti-EGFR antibodies. One possibility is the quadruple mutation profi le of KRAS, BRAF, NRAS, and PIK3CA, which is associated with lack of response.

Strategies for treating KRAS-mutated tumors must address the complex networking and feedback loops in the signaling pathway, Dr. Van Cutsem said. A number of approaches are currently being evaluated (see Table).

RAF inhibitors and MEK inhibitors target molecules downstream of KRAS. RAF can be inhibited with tyrosine kinase inhibitors (TKIs); however, results have been negative with single-agent sorafenib (Nexavar). the drug's activity is being revisited in combination studies.

PLX 4032 was found to dramatically improve response rates and symptoms in advanced melanoma patients with BRAF V600E mutations in a phase I study presented last year (ECCO/ESMO 2009 abstract 6LBA). The response rate at the highest dose level was 70%, and median progression-free survival has not been reached. "It is logical to try this compound in CRC," Dr. Van Cutsem said. BMS 908662 (XL 281) and RAF 265 are other RAF inhibitors in development.

For MEK inhibition, several compounds are in randomized trials, mostly in combination with chemotherapy, for CRC and pancreatic and biliary tract cancers. these include AZD 6244, PD0325901, XL518, and MSC19363698. In a xenograft study, MSC19363698 plus irinotecan markedly inhibited tumor growth. The compound is being studied in CRC in combination with FOLFIRI in the second-line setting in the EMR200066-004 phase II trial.

The GI Cancers Symposium was sponsored by ASCO, ASTRO, the American Gastroenterological Association, and the Society of Surgical Oncology.

One of the targets of the PI3K/AKT/ mTOR pathway is the type 1 insulin growth factor receptor (IGF-1R), which is expressed in 90% of CRC. Antibodies and TKIs for this target are in development. Since the relationship of IGF-1R and KRAS is still unclear, these agents are also being examined in KRAS wildtype tumors.

Lenalidomide (Revlimid) enhances antibody-dependent cellular cytotoxicity (a mechanism by which antibodies kill cancer cells) of cetuximab but not panitumumab. The value of lenalidomide with and without cetuximab is being evaluated in 220 chemorefractory KRAS-mutant patients in the COLO-001 trial. 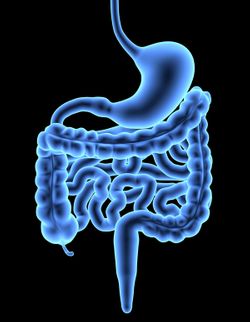