In recent years, advances in the molecular analysis of tumors and pathologic investigation have improved understanding of an ambit of lung cancer types.

A broad-ranging plenary session on how pathology has changed the treatment of lung cancer-especially advanced non–small-cell lung cancer (NSCLC)-was delivered by Keith Kerr, BSc, MB, ChB, a consultant pathologist at the University of Aberdeen, at the International Association for the Study of Lung Cancer (IASLC) 19th World Conference on Lung Cancer, held September 23–26 in Toronto.

In recent years, advances in the molecular analysis of tumors and pathologic investigation have improved understanding of an ambit of lung cancer types. Consequently, therapies have begun to target biological features of tumors. Standard approaches such as surgery, radiotherapy, and chemotherapy still dominate, but their application has been informed by advances in pathology.

New treatments include the inhibition of receptor kinases and immunotherapy. The utilization of tyrosine kinase inhibitors in mutant EGFR oncogene–addicted adenocarcinomas was the first notable step in precision treatment of advanced NSCLC.

In the lungs, two pathways of carcinogenesis have so far been elucidated. These pathways involve stem cell populations in the bronchial and peripheral terminal unit (TRU). Immunohistochemical profile differences of lineage markers indicating tumor origin from bronchial or TRU epithelium have emerged as a way to predict NSCLC subtype when morphology is not enough. This novel diagnostic approach now presents prominently in practice recommendations and standard of care.

“Our understanding of preneoplasia and its morphological progression has informed ideas about adenocarcinogenesis in particular, and improved radiological diagnosis of early lung cancer, and impacted lung cancer screening,” wrote Kerr in a plenary summary. “These concepts also underpinned understanding of the pathology of squamous cell carcinoma, and adenocarcinoma, and tumors allied to these subtype genres, and drove changes in the 2015 WHO classification of lung cancer.”

BRAF V600 is the most recent genetic mutation to be highlighted in several guidelines, and its detection is necessary in advanced NSCLC for the initiation of treatment with BRAF kinase inhibitors. Furthermore, other nonsquamous cell carcinoma targets are in queue for inclusion in treatment guidelines, depending on trial data demonstrating efficacy, in addition to regulatory approval.

Mutations with inhibitors targeting kinase activity include MET exon 14 skipping mutations, high levels of MET amplification, RET and NTRK gene rearrangements, and HER2 gene mutations. Patient need bolsters investigation of these targets, although some of these mutations are rare.

Looking forward, tumor microenvironment and tumor inflammation are foci for immunotherapy biomarker assessment, and to date, have been studied in a limited manner.

Kerr stressed that although liquid biopsy is an attractive source of biomarkers, it fails to offer detailed structural pathologic data concerning patients; is less sensitive and not for all patients; and is an abstract measure with presumed disease correlations.

Dara L. Aisner, MD, PhD, associate professor of pathology at the University of Colorado, reflected on the value of liquid biopsy in an interview with Cancer Network.

“Evaluation of tissue by a pathologist, and molecular testing of the tissue, remains the gold standard for a reason,” she said. “We have a lot to learn about what liquid biopsy really tells us, and for that reason we should not lose sight of the fact that tissue testing is the basis for nearly all of what we know about targeted therapy.” 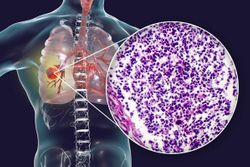 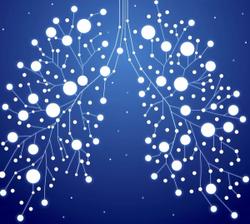