Reasons for Optimism in Treatment of Multiple Myeloma

NEW YORK-New therapies, immunotherapy, and enhanced prognostic indicators were some of the developments in multiple myeloma discussed at a symposium co-sponsored by the Multiple Myeloma Research Foundation (MMRF) and St. Vincents Comprehensive Cancer Center.

NEW YORKNew therapies, immunotherapy, and enhanced prognostic indicators were some of the developments in multiple myeloma discussed at a symposium co-sponsored by the Multiple Myeloma Research Foundation (MMRF) and St. Vincents Comprehensive Cancer Center.

The symposium, called Report From Stockholm, brought together researchers who took part in the VII International Workshop on Multiple Myeloma in Stockholm, Sweden, last September. The findings they described offer reasons for optimism in a setting where there have been few treatment options.

Among the promising findings were results from a phase II trial of thalidomide (Thalomid) showing some response in two third of patients with advanced and refractory disease, and a trial of the bisphosphonate zolendronate showing that it controlled hypercalcemia at very low doses. Use of lower doses could reduce the risk of bisphosphonate-related nephrotoxicity.

Bisphosphonates may also turn out to have mechanisms of action that suppress cancer growth, said Robert Vescio, MD, professor of medicine at UCLA and staff physician at West Los Angeles VA Medical Center.

In the past, people have focused on ways of directly killing cytotoxic cells, but it is also important to recognize that these cells reside and proliferate within the bone marrow, Dr. Vescio said, presumably because the bone marrow provides some cytokines and features that are necessary for the growth of malignant cells.

Very intriguingly, he continued, the bisphosphonates may have a direct effect on tumor cell growth, particularly in multiple myeloma, by disrupting the favorable microenvironment that exists within the bone marrow.

The bisphosphonates may also directly affect tumor cells, he said. A study reported at Stockholm showed a reduction in tumor growth in 160 stage I multiple myeloma patients who were treated with amino-bisphosphonates from the time of diagnosis.

Hakan Mellstedt, MD, professor of oncologic biotherapy, Karolinska Hospital, Stockholm, who chaired the Stockholm meeting, noted that many trials of multiple myeloma are going on around the world, and with regard to naturally occurring immunity, we find that practically all patients, at least in the early stage of the disease, have an immune response against their own idiotypic immunoglobulin produced by the myeloma clone.

The proliferative T cell response has turned out to be different in early stage compared to advanced stage disease, he said. I think that is an important finding because it might help guide us in regard to the stage at which the patient should be vaccinated.

The proliferative response declines in advanced disease, he said, which is to be expected since this also happens in other cancers. But another interesting finding is that at an early stage, myeloma patients have a TH1 response, which declines in advanced stage disease, with a shift toward TH2.

There are a lot of data from animal systems showing that if you have active TH2 cells, there is tumor growth, Dr. Mellstedt said. So a TH2 response might be an unfavorable sign, suggesting that, maybe, we should concentrate vaccinations in early stage disease or at least when there is a minimal tumor burden.

The ideal time for a vaccination is in early stage disease following high-dose chemotherapy, Dr. Mellstedt stressed. But the patient should have recovered from the immunosuppressive effect of the cytostatic drug, and Im not quite sure that we even know when that is, because it has not been properly studied. Studies of the immune capability of patients on vaccine trials should be undertaken, he said.

Also, not much consideration has been given to the vaccination schedules of potential vaccines. When you are vaccinating with tumor antigens that are self-antigens, then you most probably are going to vaccinate for a very long time. After the induction period, he said, vaccinations might be given three to four times a year for many years.

Dr. Mellstedt described a French trial combining transplantation with immunotherapy. Patients received interleukin-6 (IL-6) antibody alone for 4 days, then in combination with dexamethasone, followed by high-dose melphalan (Alkeran) and, after that, by autologous stem cell transplantation.

The results, Dr. Mellstedt said, were impressive. Out of a total of 16 patients, 6 had a complete remission and 7, a partial remission, for a total response rate of about 80%. All the patients who went into complete remission had undetectable CRP [C reactive protein] after the treatment, he said, noting that CRP is a surrogate marker for IL-6.

Philip Greipp, MD, professor of medicine and of laboratory medicine, The Mayo Clinic, reported on his evaluation of prognostic indicators in a phase III trial involving more than 400 patients with myeloma.

The Multiple Myeloma Research Foundation, which helped fund some of the research reported in Stockholm, was founded by myeloma patient Kathy Giusti, now president of the organization, which can be reached by phone at 203-972-1250 or through its website www.multiplemyeloma.org.

Sundar Jagannath, MD, chief of the Myeloma Service at St. Vincents, chaired the New York symposium. He paid tribute to Ms. Giusti, saying she started the foundation, based on the belief that nothing is impossible given enough hope, dedication, and determination. 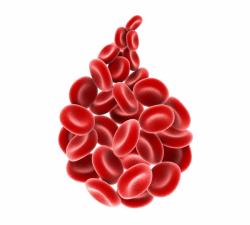