After conflicting opinions over the years, a study published in the journal Hematology explores the association between diabetes mellitus non-hodgkin lymphoma.

After conflicting opinions over the years, a study published in the journal Hematology found a definitive association between diabetes mellitus (DM) and a greater risk of non-hodgkin lymphoma (NHL).

Diabetes mellitus is a leading public health threat worldwide, and one that affects 3–4% of adults globally. DM contributes to as many as 1.3 million deaths around the globe each year. Scientists predict that DM will be among the five leading disease burdens worldwide by the year 2030. It has previously been established in myriad research that diabetes mellitus is a significant risk factor in the development or prognosis of many disease processes. A diagnosis of DM puts people at risk for cardiovascular disease, dementia, kidney failure, liver ailments, and a number of solid tumors, including those of the pancreas, colon, liver, breast, ovaries, endometrium, lung, and prostate. In addition, prior meta-analyses suggest that DM patients might be at greater risk for one or more hematologic malignancies as well.

Non-Hodgkin lymphoma is a fairly prevalent blood cancer that arises from lymphocytes. It is found more often in developed countries and represents 4.3% of all new cancer diagnoses in the United States. In recent years, it has ranked as high as 7th in males and 6th in females as leading cancer. NHL has been on the rise in Western countries in the new century, particularly in the white, male, and elderly populations. Researchers have labored to identify the pathophysiology of NHL, but they have yet to narrow down its causes.

Although a recent study in Japan, showed that males with DM were at greater risk of developing NHL, while females were not, the relationship between DM and lifetime risk of NHL is something researchers have not yet come to an agreement on either.

In this meta-analysis of cohort studies, the authors investigated the association between the two. 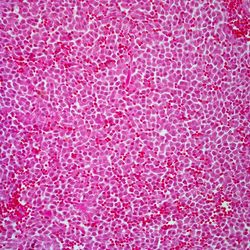 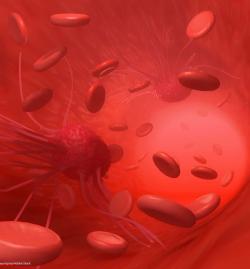