NEW ORLEANS-The scientific program sessions are a unique offering at ASH, with an agenda that varies from the overall meeting. First, the speakers are invited to share their particular expertise with ASH attendees. Also, the abstracts are not peer-reviewed but are crafted specifically for the meeting.

NEW ORLEANS-The scientific program sessions are a unique offering at ASH, with an agenda that varies from the overall meeting. First, the speakers are invited to share their particular expertise with ASH attendees. Also, the abstracts are not peer-reviewed but are crafted specifically for the meeting.

Oncology News International spoke with Joel Anne Chasis, MD, and Richard A. Van Etten, MD, PhD, the co-chairs of the 2009 scientific program, on what’s particularly compelling at this year’s sessions.

This year marks Dr. Van Etten’s third year on the committee. He will chair a session on myeloid neoplasia that will feature a debate on the role of leukemia stem cells. Proverbial heavyweights in this exciting field will be tasked with making the case for or against the clinical relevance of stem cells in acute myeloid leukemia (AML).

“This is generally a hot topic,” said Dr. Van Etten from Tufts Medical Center in Boston. “It’s arguably been overexposed at ASH because there was a presidential symposium on it two years ago and a special session last year. The reason we decided to revisit it is that there’s been some new information published in the last year, which has called into question the whole paradigm.”

The most prominent researchers in AML stem cells have been tapped to take part in the debate. John Dick, PhD, from the Hospital for Sick Children in Toronto, will argue that AML stem cells are rare, immature cells that contribute to disease relapse, while Mike Cleary, MD, from Stanford University will counter that, in some AMLs, the stem cells are more mature and present at much higher frequency. Finally, Craig Jordan, PhD, from the University of Rochester Medical Center will summarize the state of the field and define the important questions that lie ahead.

“We think it’s a really interesting format,” Dr. Van Etten said. “I don’t think we’re going to settle anything, but I think there will be a lot of new info and perspective.”

Dr. Chasis, from the Lawrence Berkeley Laboratory in Berkeley, Calif., specializes in nonmalignant hematological disease. She cited a session on glycoprotein 1b (GP1b) modulation and therapeutic targeting as particularly exciting.

“What’s usually targeted in antiplatelet therapy is glycoprotein IIbIIIa,” Dr. Chasis said. It’s been found that receptor GP1b binds to von Willebrand factor in areas of high shear, for instance stenosed arteries. If you could target that receptor, you could essentially treat a patient much more specifically without having generalized antiplatelet activities.” Speakers at the scientific committee session on platelets will include Hans Deckmyn, PhD, from the Catholic University of Leuven in Kortrijk, Belgium, and Jose A. Lopez, MD, from Puget Sound Blood Center in Seattle.

Dr. Chasis also highlighted a session on iron and heme. Presenters such as Jodie L. Babitt, MD, from Boston’s Massachusetts General Hospital, and Clara Camaschella, MD, from the Universit Vita-Salute San Raffaele in Milan, Italy, will discuss hepcidin regulation by the bone morphogenic protein pathway and Matriptase-2, a novel suppressor of hepcidin. Also, Elizabeth Nemeth, PhD, from University of California, Los Angeles will present the latest developments in hepcidin agonists and antagonists.

“Hepcidin is an acute phase reactant synthesized by the liver. It’s very important in iron regulation. If you have hepcidin deficiency, you can get excessive iron overloading and hereditary hemochromatosis,” Dr. Chasis explained. “If we had a way to trigger hepcidin activity or inhibit hepcidin activity, it would be really relevant.” 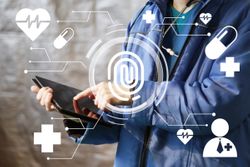