Since its inception in 1985, the American Academy of Dermatology's National Melanoma/Skin Cancer Screening Program has screened more than 1.7 million people and detected more than 171,200 suspicious lesions. More than 20,000 of these lesions were suspected melanomas&#151;the most serious form of skin cancer.

Since its inception in 1985, the American Academy of Dermatology's National Melanoma/Skin Cancer Screening Program has screened more than 1.7 million people and detected more than 171,200 suspicious lesions. More than 20,000 of these lesions were suspected melanomasthe most serious form of skin cancer. A new study published online in the Journal of the American Academy of Dermatology suggests criteria to help gauge a person's melanoma risk and identify those who may be at greatest risk. The full text of the article can be found at http://www.eblue.org/.

Dermatologist Darrell S. Rigel, MD, clinical professor of dermatology at New York University Medical Center in New York, and his colleagues analyzed the Academy's screening data from 2001-2005 in order to identify factors associated with melanoma detection in patients where melanoma was suspected. The study discovered five factors that independently increased the likelihood of suspected melanomas.

"In examining the data collected from the Academy's skin cancer screening enrollment form and the suspected lesions identified during the skin exam, we found that individuals at highest risk for melanomawho had four or five of our identified risk factorscomprised only 5.8% of the total population, yet they accounted for 13.6% of the program's probable melanoma findings," said Dr. Rigel. "Interestingly, these people also were 4.4 times more likely to be diagnosed with suspected melanomas than individuals at lowest risk, with zero or only one risk factor."

Data from a total of 364,804 individuals between the ages of 18 and 100 were included in this review of the Academy's skin cancer screening program over the 5-year period. All those participating in the free screenings were required to complete a one-page form with basic demographic and melanoma risk-related questions before being examined. Of those screened, melanomas were suspected upon initial diagnosis in 0.9% of patients. 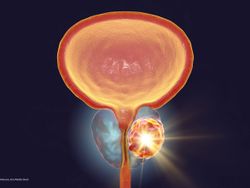 Primary Focal Therapy for Localized Prostate Cancer: A Review of the Literature