In this interview, Dr. Sumithra J. Mandrekar talks about umbrella versus basket trials in lung cancer.

Cancer researchers are innovating the standard clinical trial paradigm of cancer drug development. The goal is to accelerate the time it takes to test whether a therapy is efficacious and also to more efficiently identify patient subpopulations that will reap the most benefit from a new therapy. Two of these cancer trial strategies are the so-called umbrella and basket trial designs. Today, we are speaking with Sumithra J. Mandrekar, a statistician at the Mayo Clinic in Rochester, Minnesota who is part of the lung cancer clinical trial research program there and within the Alliance for Clinical Trials in Oncology. At the American Society of Clinical Oncology, or ASCO annual meeting held in June of this year, Dr. Mandrekar spoke about applying these novel approaches to development of lung cancer therapies.

OncoTherapy Network: Let’s start first with umbrella trials. Could you describe what that means and the rationale for these types of studies?

Dr. Mandrekar: Yes. Umbrella trials typically include a central infrastructure for screening and identification of patients. They usually focus on a single tumor type or histology but usually have multiple sub-trials within the umbrella framework, each testing a targeted therapy within a molecularly defined subset. The defining characteristic of an umbrella trial is that it is usually performed within a national network of clinical sites with molecularly targeted clinical trials using a common genomic screening platform. Umbrella trials usually have the flexibility to add or modify or drop subtrials with molecularly targeted drugs and companion diagnostics based on accumulating evidence of the ongoing trial and nearly emerging data. Patients are screened for a specific set of biomarkers and assigned to a biomarker-driven substudy, if it is determined that they have one of those targeted biomarkers. Such a structure is essential for conducting targeted clinical trials in an increasingly stratified set of tumors.

OncoTherapy Network: Could you give us an example of a specific umbrella trial that is going on now?

Dr. Mandrekar: Sure. There are at least two umbrella trials ongoing now that I can discuss that are under an umbrella framework.

The first is what is called the ALCHEMIST trial, which is the Adjuvant Lung Cancer Enrichment Marker Identification and Sequencing Trial. It uses the umbrella design to identify and screen patients with the EGFR and ALK mutations in early-stage, resected, nonsquamous non-small cell lung cancer. Prevalence for EGFR is estimated to be approximately 15% in this population and for ALK it’s approximately 5%. So an estimated 8,000 patients will be screened through this umbrella screening trial so that we can facilitate accrual to the two substudies: the ALCHEMIST-EGFR and ALCHEMIST-ALK trials. One of the important features of these is that they are both harmonized in terms of their primary endpoint, in terms of their patient population that will be enrolled as well as with regard to many of the trial logistics. One that I already mentioned, the eligibility criteria, but also the follow-up schedule and the long-term follow-up. The way this trial is structured is that after patients have a resection and complete standard adjuvant therapy, those with an EGFR-mutated, non-small cell lung cancer will be randomized to either erlotinib or placebo with a one-to-one randomization.  Those with ALK-rearranged non-small cell lung cancer will be randomized to crizotinib versus placebo, again, one-to-one randomization. Those that do not enroll onto the adjuvant trials, we will continue to follow them on the ALCHEMIST screening trial. Another important characteristic of the ALCHEMIST trial is that we will collect tissue at baseline and at recurrence, if available, so we can characterize mechanisms of recurrence and resistance to targeted therapy. So, ALCHEMIST will be a validation platform for targeted therapy as part of curative care in non-small cell lung cancer and will also give us an opportunity to advance our understanding of the disease biology. As of August 10th, we have 309 patients enrolled onto the screening trial.

The second trial I would like to discuss is the Lung-MAP or Lung Master Protocol. This is a phase II/III biomarker-driven master protocol for second-line therapy of squamous cell lung cancer. Patients with one prior treatment will have their tumors screened for genetic alterations in over 200 genes using a standardized sequencing platform. This is an umbrella master protocol as I said, for recurrent or metastatic lung squamous lung cancer patients. It uses a central genomic profiling screening platform to allocate patients to either a biomarker-matched targeted therapy clinical trials or to a “non-match” treatment arm. So, all eligible patients screened will be treated under the protocol. Within one day of receipt of the tumor profiling results, patients will be assigned to a substudy within the Lung-MAP umbrella. Patients with exactly one of the targeted biomarkers will obviously be assigned to that associated substudy evaluating an investigational therapy targeted against that aberration. But if patients target more than one of the targeted biomarkers, assignment would be randomized between the substudies they are eligible for using an algorithm that gives more weight to studies with lower prevalence biomarkers. Patients whose tumors alterations don’t fall into any of the available matched drug-biomarker substudies are assigned to a nonmatch substudy. There are at least a couple of amendments that just happened with the Lung-MAP as well as with the ALCHEMIST trials. I would like to stress that the umbrella design actually allows for this flexibility to modify the trial. In the Lung-MAP, the trial has been modified to allow patients to participate when they have received not just one prior, but now two or more lines of systemic therapy. So patients can receive nivolumab prior to entry to the trial. The study is also allowing patients to be screened while receiving first-line therapy so we can facilitate and expedite enrollment upon progression.

OncoTherapy Network: Just briefly, are there hurdles and challenges in designing or executing umbrella trials?

Dr. Mandrekar: Yes, I think we have to think about new statistical approaches or novel applications of existing design framework, to implement these trials. So, for example, the question comes of can we have a common control arm? How can we add or modify arms within the context of an ongoing trial, but still maintain the same statistical integrity for the different comparisons? If we have phase II/III designs as the Lung-MAP, how do we appropriately choose the endpoints for the phase II and phase III portions and what about interim looks? How do we assignment of patients with multiple targets? The Lung-MAP assigns this if a patient has exactly one of the targeted biomarkers or it does a randomization. So the question is do you randomize equally, do you use a weighted randomization, do you prioritize, do you have a physician choice? In addition, there are some logistical challenges to implementing these umbrella or screening protocols. First of all, we have to think about centralized assay testing, we probably require multiple specimens, how do we track these specimens, what about turnaround times for these assay results. It definitely requires a lot of multidisciplinary collaboration and infrastructure requirements with extensive systems integrations and bioinformatics platforms depending on the complexity of the study. Finally, we also have to think about real-time data exchanges between multiple systems so we can facilitate real time patient accrual to these studies because those are based on knowing the patients’ mutation profiles so we do need real-time data exchanges between multiple systems.

OncoTherapy Network: And lastly, what about basket trials? How are these different from the umbrella trials you describe?

Dr. Mandrekar: So basket trials offer the possibility to include multiple molecularly defined subpopulations, but across histologic subtypes or tumor types. So we have one cohesive design to evaluate the targeted therapy in question. So they generally assign treatment to patients based on the molecular alterations the tumors contain, regardless of the histologic type of the tumor. The two umbrella trials I described, they are both in lung cancer so they are in the same histologic type of tumor. Basket trials have come to be known as an efficient way for screening experimental therapeutics across multiple patient populations in an early-phase of development. Like umbrella trials, they may have a common genetic screening platform, especially if the cohort defined in the study is histology agnostic, and defined only by the presence of a single molecular aberration. But basket trials have also been used in which patients are assigned into cohorts of cancer types. The cohort eligibility is either histology or mutation specific, these trials, like umbrella trials, are within the context of a single protocol. An example of a basket trial is the Molecular Analysis for Therapy Choice (MATCH) study led by the ECOG-ACRIN Cancer Research Group, along with the National Cancer Institute. In this basket trial, as many as 3,000 patients with refractory solid tumors or lymphoma will be screened, for whom no standard treatment prolonging survival exists. The goal will be to approximately accrue 35 patients in as many as 20 to 25 biomarker-defined subgroups. This trial will likely be activated this month.

OncoTherapy Network: Thank you so much for joining us today, Dr. Mandrekar.

Joel W. Neal, MD, PhD Discusses the Data on Cabozantinib and Atezolizumab Use in Advanced NSCLC 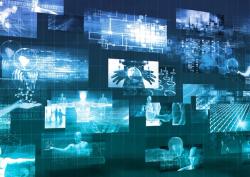