WASHINGTON--"The March . . . Coming Together to Conquer Cancer" rings of militancy. It has an American war hero, retired US Army General H. Norman Schwarzkopf, as its honorary chairman. Its monthly newsletter is subtitled "A Campaign Bulletin." And when leaders and supporters of The March held a press briefing to talk about the nationwide event scheduled for Sept. 26, the rhetoric matched.

WASHINGTON--"The March . . . Coming Together to Conquer Cancer" rings of militancy. It has an American war hero, retired US Army General H. Norman Schwarzkopf, as its honorary chairman. Its monthly newsletter is subtitled "A Campaign Bulletin." And when leaders and supporters of The March held a press briefing to talk about the nationwide event scheduled for Sept. 26, the rhetoric matched.

"There has never been a war on cancer; there has only been a skirmish," said Donald S. Coffey, PhD, professor of urology, oncology, and pharmacology and molecular sciences at Johns Hopkins University Medical School, and past president of the American Association for Cancer Research. "It is time now to have a wartime effort in this country."

Ellen Stovall, PhD, president of The March and executive director of the National Coalition for Cancer Survivorship, said, "We have grown tired of waiting. We have been silent too long. The March is our signal that we can wait no longer, and we will be silent no more. Cancer must be made our number one health care priority in this country. We need more money for all cancer research, and increased access to quality care for all Americans."

This was not a calm, collected conference of oncologists discussing the latest trends in cancer, but a gathering of irate, passionate cancer survivors, their families and friends bent on raising more than eyebrows.

Pleas for support and participation came from Olympic figure skater Scott Hamilton and Olympic bicyclist Lance Armstrong (both testicular cancer), actresses Barbara Barrie of "Suddenly Susan" (colorectal cancer) and Susan Moore and Wendie Jo Sperber of "Murphy Brown" (both breast cancer), and 16-year-old Spencer Robbins III of Burke, Va, who was diagnosed with rhabdomyo-sarcoma in August 1996. "Life is just too precious to be taken away at any age," Mr. Robbins said.

It was an emotional event, and a harbinger of the last Saturday in September, when organizers hope Americans will gather in cities throughout the nation in support of three major goals:

Organizers are making an extensive effort to enlist a strong showing by minorities and people with low incomes. "This march is about raising the awareness of cancer and giving all people, whatever their socioeconomic background, ethnicity, or race, access to quality medical care and cancer prevention and screening," said Elmer E. Huerta, MD.

Dr. Huerta, director of the Cancer Risk Assessment and Screening Center at the Washington (DC) Hospital Center and the host of two Spanish-language radio programs, emphasized the need for greater minority awareness of cancer. "Surveys show that some 39% of African-American and 32% of Hispanic women have never heard of the mammogram, and only 30% of African-Americans and Hispanics know that the risk of getting cancer increases with age," he said. "In addition, Native American and Hispanic women have the highest rates of advanced breast and cervical cancer at the time of diagnosis than any other ethnic group."

The major focus of the event is the capital and Congress. "When Americans have had enough--enough segregation, intolerance, oppression, injustice--they have come to Washington," Ms. Stovall said. "They come to testify, bear witness, stand vigil, protest, raise their voices, talk to their lawmakers, and say: No more!"

In Washington, The March will begin with a candlelight vigil on the Mall, and such vigils are expected to be a hallmark of ceremonies elsewhere that weekend. "The vigils are a moving way to remember the people who have died, and they symbolize great hope," said March spokeswoman Melinda Shelton.

Although no formal march is planned through Washingtons streets, a rally Saturday at the Mall will include speeches, entertainment, childrens activities, and reports from March day events elsewhere. Participants are also being encouraged to meet with their senators and representatives the Friday before the rally.

Events will vary outside of Washington. One group plans to ride bicycles across the country from San Diego to promote The March. Town meetings, health fairs, and rallies will take place in a number of communities, including Des Moines, Nashville, Houston, and Buffalo.

At the time of the press conference, 169 organizations had lent their names in support of The March, including the American Cancer Society, American Society of Clinical Oncology, Roswell Park Cancer Institute, Childrens Brain Tumor Foundation, Friends of Cancer Research, and Oncology Nursing Society.

Major support for The March is coming from Friends of Cancer Research and the Intercultural Cancer Council, as well as the Sidney Kimmel Foundation for Cancer Research, named for and established by the founder of the Jones Apparel Group, and the Association for the Cure of Cancer of the Prostate (CaPCure), founded by financier and prostate cancer survivor Michael Milken.

A number of pharmaceutical companies are also contributing, including Bristol-Myers Squibb Oncology, Glaxo-Wellcome, Pharmacia & Upjohn, Genentech, Hoffmann-La Roche, Amgen, and Novartis, as well as the Pharmaceutical Research and Manufacturers of America and OnCare, a physician practice management company. 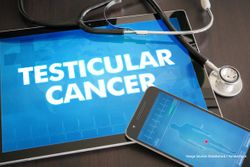 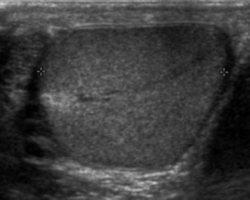