With a follow-up of 4 years, nivolumab plus ipilimumab continued to demonstrate superior, long-term overall survival and durable responses compared to sunitinib in patients with advanced renal cell carcinoma.

Updated results from the phase 3 CheckMate-214 trial revealed that more than half of patients with advanced renal cell carcinoma (RCC) treated with the combination of nivolumab (Opdivo) plus ipilimumab (Yervoy) were alive after 4 years, according to Bristol Myers Squibb, the developer of nivolumab.

With a follow-up of 4 years, the longest follow-up for an immunotherapy-based combination in previously untreated advanced RCC, nivolumab plus ipilimumab continued to demonstrate superior, long-term overall survival (OS) and durable responses compared to sunitinib. These benefits were observed across both the primary patient population, which included patients with intermediate- and poor-risk prognostic factors, and in the intention-to-treat (ITT) patient population.

Results from the phase 3 CheckMate-214 trial were presented at the European Society for Medical Oncology Virtual Congress 2020.

“Nivolumab plus ipilimumab was the first immunotherapy combination to demonstrate an overall survival advantage over sunitinib in intermediate- and poor-risk patients with advanced renal cell carcinoma,” CheckMate-214 investigator Laurence Albiges, MD, PhD, head of the Genitourinary Unit at the Gustave Roussy Institute, said in a press release. “Now, after 4 years, the durable efficacy seen in CheckMate-214 represents important progress towards the aim of changing survival expectations for these patients.”

The open-label, randomized study is evaluating the combination of nivolumab plus ipilimumab versus sunitinib in patients with previously untreated advanced or metastatic RCC. Patients in the combination group (n = 550) received 3 mg/kg of nivolumab plus 1 mg/kg of ipilimumab every 3 weeks for 4 doses, followed by 3 mg/kg of nivolumab every 2 weeks. Those in the comparator group (n = 546) received 50 mg of sunitinib once daily for 4 weeks, followed by 2 weeks off before continuation of treatment. Study participants were treated until progression or unacceptable toxic effects.

In patients considered to be intermediate- and poor-risk (n = 847), nivolumab plus ipilimumab maintained improvements in both primary end points, as well as in exploratory end points such as complete response (CR) and median duration of response (DOR). The median OS was 48.1 months with the combination treatment versus 26.6 months for sunitinib (HR 0.65; 95% CI, 0.54-0.78). The dual immunotherapy combination also demonstrated a four-year OS rate of 50.0%, compared to 35.8% with sunitinib.

Moreover, nivolumab plus ipilimumab continued to show a numerically higher ORR in patients with intermediate- and poor-risk prognostic factors, with more ongoing responses observed compared to sunitinib (65% vs. 50%). Consistent with the 42-month analysis, 10% of patients treated with the combination also achieved a CR, compared to 1% of patients treated with sunitinib. However, the median DOR with nivolumab and ipilimumab was not reached, while it was 19.7 months with sunitinib.

Notably, the safety profile of nivolumab plus ipilimumab was found to be manageable using established treatment algorithms, and no new safety signals emerged with extended follow-up.

“We have now evaluated [nivolumab] plus [ipilimumab] in multi-year phase 3 trials across RCC, melanoma, non-small cell lung cancer, and mesothelioma, and in all of these studies, we have seen improved survival compared to the existing standard of care,” Nick Botwood, MD, vice president and interim head of Oncology Development at Bristol Myers Squibb, said in the release. “The 4-year results from CheckMate-214 build on our understanding of and leadership in addressing advanced RCC, reinforcing the potential for durable, long-term survival benefits with [nivolumab] plus [ipilimumab] in the first-line setting. Taken as a whole, these data provide further evidence for the value of distinct but complementary dual checkpoint inhibition in the treatment of advanced cancers.”

Ramaprasad Srinivasan, MD, PhD, on the Design of the Study of MK-6482 in VHL-Associated Disease 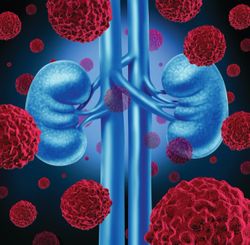