ASCO 2016: Nivolumab Alone or With Ipilimumab Effective in SCLC

The objective response rate (ORR) for nivolumab alone was 10% among all patients, and when combined with ipilimumab, the response reached 20%; however, toxicity also increased with the combination arms.

“Although this was a small number of patients with a relatively short follow-up, I am excited about it because the early data we are seeing is that immunotherapy is probably going to have a major impact on this disease,” Scott Joseph Antonia, MD, PhD, of Moffitt Cancer Center, said to ASCO Daily News. “What may be distinguishing about immunotherapy is the durability of responses. It is early yet, with just 18 months of follow-up, but we have some patients who responded and remain in response for those 18 months.”

Responses were observed independent of platinum sensitivity and PD-L1 expression.

The researchers concluded that nivolumab monotherapy and nivolumab plus ipilimumab showed durable objective responses and manageable safety, although had higher toxicities observed with the combination therapies, in previously treated SCLC. 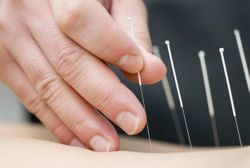 Jun J. Mao, MD, MSCE, on Next Steps in Acupuncture for Managing Pain in Cancer Survivors