Patients with Hodgkin lymphoma treated with a drug combination including brentuximab vedotin achieved superior progression-free survival, with a reduction in the risk for progression, death, or need for additional anticancer therapy, compared with the standard four-drug chemotherapy regimen.

Patients with Hodgkin lymphoma (HL) treated with a drug combination including brentuximab vedotin achieved superior progression-free survival (PFS), with a reduction in the risk for progression, death, or need for additional anticancer therapy, compared with the standard four-drug chemotherapy regimen, according to the results of a study (abstract 6) presented at the 59th American Society of Hematology Annual Meeting and Exposition, held December 9–12 in Atlanta.

“A large percentage of patients with HL are cured with standard multi-agent chemotherapy, but about one-quarter of patients require secondary treatment to accomplish that goal and some still die of progressive disease,” said Joseph M. Connors, MD, clinical director of the British Columbia Cancer Agency Centre for Lymphoid Cancer in Vancouver.

In the phase III ECHELON-1 study, 1,334 patients with previously untreated advanced HL were randomly assigned to either standard treatment with Adriamycin (doxorubicin), bleomycin, vinblastine, and dacarbazine (ABVD), or brentuximab vedotin plus doxorubicin, vinblastine, and dacarbazine (AVD). At the end of 2 cycles of treatment patients underwent a PET scan to see if the treatment was working. If it was not, physicians could determine an alternate therapy for the patient.

At 2 years, the modified PFS per independent review was 82.1% for brentuximab vedotin plus AVD compared with 77.2% for ABVD (HR, 0.77; 95% CI, 0.60–0.98). This 5% reduction documents “that about one-quarter of patients that otherwise would have had failure of therapy were successfully treated,” Connors said.

“The experimental combination with [brentuximab vedotin] more frequently got rid of all of the disease, and this was achieved with acceptable levels of adverse effects,” Connors said. “Treatment with [brentuximab vedotin] was modestly more toxic, but when we added simple measures to improve patients’ blood counts, they were able to take it safely.”

After the interim safety analysis, use of G-CSF primary prophylaxis was recommended for all patients assigned to brentuximab vedotin plus AVD, and is recommended with future use of this regimen, according to Connors.

Interstitial lung disease was more frequent and severe among patients assigned ABVD. According to Connors, the researchers had hoped to remove this toxicity by avoiding the use of bleomycin in the experimental arm and they seemed to have been able to achieve that goal. 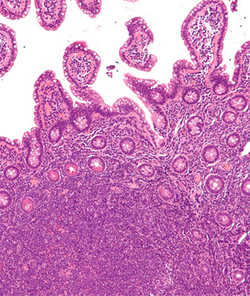 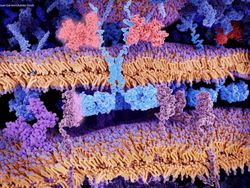