Results from the phase 3 SKYSCRAPER-02 trial (NCT04256421) that were recently presented at the 2022 American Society of Clinical Oncology (ASCO) Annual Meeting reinforced the efficacy of atezolizumab (Tecentriq) with carboplatin and etoposide in the treatment of patients with extensive-stage small cell lung cancer (ES-SCLC), according to lead investigator Charles M. Rudin, MD, PhD.

Meanwhile, the immune checkpoint inhibitor tiragolumab added to that regimen was not found to improve efficacy, leading investigators to conclude that other targets besides TIGIT should be pursued in ES-SCLC.

“The standard of care has been reinforced for ES-SCLC,” Rudin, chief of the Thoracic Oncology Service, co-director of the Druckenmiller Center for Lung Cancer Research, and Slyvia Hassenfeld Chair in Lung Cancer Research at the Memorial Sloan Kettering Cancer Center in New York, said in an interview with CancerNetwork®. “One of the implications of this trial is that TIGIT is probably not a relevant target for ES-SCLC.”

In this randomized, placebo-controlled, double-blind phase 3 trial, the monoclonal antibody tiragolumab did not notably improve outcomes in combination with atezolizumab and chemotherapy vs atezolizumab and chemotherapy alone. There were no significant differences between the 2 study arms in terms of median progression free survival (HR, 1.08; 95% CI, 0.89-1.38; P = .3504) or median overall survival (1.04; 95% CI, 0.79-1.36; P = .7963) in the primary analysis set.

CancerNetwork®: What was the rationale for the SKYSCRAPER-02 trial?

Rudin: The standard of care for ES-SCLC was redefined by the IMpower133 trial [NCT02763579], which added atezolizumab and a backbone of chemotherapy with carboplatin and etoposide. Although that changed the standard of care, the incremental benefit was relatively small. The improvement in median OS was marginal, although there was a tail in the curve [showing] there was a substantial fraction of patients who experienced durable, transformative responses. Clearly, more needed to be done to improve outcomes for patients with ES-SCLC. SKYSCRAPER-02 was an attempt to broaden the number of patients who are responsive to immunotherapy by giving patients an inhibitory antibody [directed at] another immune pathway, blocking a protein called TIGIT.

What in these findings really stood out to you?

This was a negative trial. It did not improve outcomes for patients with ES-SCLC. This was a large, randomized phase 3 trial that was well designed, [in which patients were] randomized 1:1. Both arms performed very similarly. SKYSCRAPER-02 reinforced the benefit seen in IMpower133, but also told us TIGIT is probably not a relevant treatment target for ES-SCLC.

Where do you feel research efforts need to go from here?

Negative results are informative. They tell us that this pathway is probably not the relevant one for this disease. This doesn’t mean that TIGIT isn’t relevant for other diseases. We think it’s quite relevant for many solid tumors. We need to focus on other targets for ES-SCLC.

Are there any targets currently being assessed that you think are particularly promising?

There are many now in development. We’ve seen promising data with reagents targeting DLL3.

What do you think that your colleagues should take away from our conversation?

The standard of care has been reinforced for ES-SCLC. Carboplatin and etoposide plus an immune checkpoint inhibitor is the appropriate therapy. Unlike IMpower133, this trial included patients with asymptomatic brain metastases, and the results indicate that this therapy is safe and appropriate for that population. One of the implications of this trial is that TIGIT is probably not a relevant pathway for ES-SCLC. 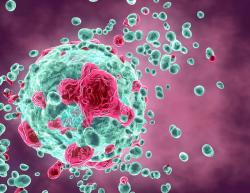 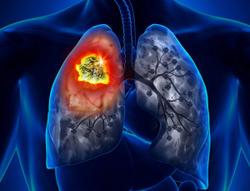