Gregory J. Riely, MD, PhD: Up next, we have another case. This is a bit of a different case: a 73-year-old Asian woman who presents with shortness of breath, fatigue, cough, and neck pain on the right side for the past 2 months. Past medical history is otherwise unremarkable. This patient is a never-smoker, rarely drinks alcohol, and is retired with lots of family nearby to help her with treatment and transportation if needed. On physical exam, the right lower lobe auscultation reveals decreased breath sounds. Further evaluation shows normal blood tests, and a CT scan on the chest abdomen pelvis shows the right lower lobe mass, mediastinal lymphadenopathy, and bone metastases. Brain MRI shows no evidence of metastatic disease. The patient has initial biopsy and evaluation that shows stage IV lung adenocarcinoma based on biopsy of metastatic site, and the patient has initial PD-L1 testing that shows PD-L1 of 55%. She has next-generation sequencing [NGS] testing ordered, and we’re still waiting on the results.

Lauren, you’re in the room with this patient, waiting on molecular tests. We talked earlier about how we talk about waiting with these folks. Is there anything special about this 1 that makes you say you definitely want to wait?

Lauren Welch, MSN, NP-C, AOCNP: Absolutely. The never-smoker and the Asian descent are clichés for having an actionable driver mutation. They’re clichés because they’re often true. With this patient, we’re be talking about the likelihood of her having oncogenic driver mutation and the importance of selecting the right first-line therapy. Outcomes are better when we match people to the right first-line treatment if there’s something targetable. I try to emphasize that overall outcomes will be better if we wait and get all the appropriate tests back.

Gregory J. Riely, MD, PhD: That’s exactly right. We’ve learned over the years that there are some predictors of people having certain oncogenic drivers, and we can use these as short hands in clinic to help us a little. We shouldn’t use them to tell which patients to test—we should test everybody for all these oncogenic drivers—but this can help us when we’re talking things through with a patient.

This is a good example of a patient who’s having the right testing up front. They had PD-L1 score. They have next-generation sequencing ordered. Occasionally, I’ll meet a patient who has been seen by another provider. Sometimes when they’re initially diagnosed, they have very little tissue available, and we’re boxed in to a situation in which they’re very symptomatic from the cancer and we have to get started, even though we aren’t able to do the full biomarker evaluation.

When I’m in that situation, we do it. You’ve got to do what you’ve got to do. Today we often do his with platinum pemetrexed and pembrolizumab as the initial therapy, but sometimes you’ll have a patient who has an oncogenic driver. The question is: when do you go get another sample? If you didn’t have enough the first time. This is an opportunity where plasma testing can play a significant role. If you can get plasma testing off this patient, that’s wonderful. But that doesn’t give you an answer. I’ve taken a couple of approaches over the years. In unusual patients, if I have to start before, I can get the molecular testing. Sometimes I’ll do a biopsy after they’ve been on initial therapy, and they seem to do OK. I’ll still get a biopsy before I need to make a change.

Ten years ago, I would just biopsy when I needed to make a change in therapy. But now with the molecular testing we do and the time that takes, I want to anticipate that change a little earlier and get that biopsy at least a couple cycles before they progress, so I can get all this molecular testing and have the information ready for when the time comes.

Jason Chang, MD: This is the perfect scenario because it makes sense to do NGS testing and some rapid-driver gene testing up front. Because of the demographic, this patient obviously has a very high likelihood of carrying an oncogenic driver mutation like EGFR or ALK. Therefore, we can often do a rapid pCR [pathologic complete response]–based assay that can give you an answer in 2 to 3 days. There would be a high likelihood of finding an EGFR alteration, and you can start treatment right away.

Gregory J. Riely, MD, PhD: Coming back to this patient, we didn’t get anything on any of those fancy tests that Jason has. There’s no plasma directed at EGFR, plasma is sent for NGS, and the original biopsy is insufficient. Jason, we’re going back to biopsy something more. What are the key things you want me, and maybe the interventional radiologist or pulmonologist, to do. What’s our top priority?

Jason Chang, MD: The top priority is to obtain sufficient tissue for testing. That’s 1 thing we’re most concerned about: enough tissue to complete all the testing.

Gregory J. Riely, MD, PhD: This patient has bone metastases. Should I go for 1 of those?

Jason Chang, MD: You can. There are some additional challenges associated with bone metastases. For regular acid decalcification, it degrades the DNA a lot so, you can’t run traditional molecular testing on acid decalcified specimens. However, at our institution [Memorial Sloan Kettering Cancer Center], we have validated EDTA [ethylenediaminetetraacetic acid] decalcified bone specimens, and they seem to be working well with our molecular platforms. In general, at institutions that haven’t validated EDTA decalcification procedures, you would probably have to obtain another specimen that’s nondecalcified.

Gregory J. Riely, MD, PhD: That’s probably a good bit of advice. When you’re looking to get a sample primarily for tumor DNA sequencing, trying to avoid bone biopsy is your best bet. 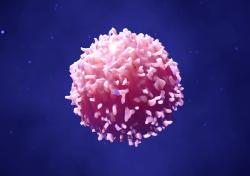 Mark A. Socinski, MD, on Progression of Lung Cancer Treatment