Data on next line of therapy from the phase 3 Study 309/KEYNOTE-775 trial emphasized the benefit of lenvatinib plus pembrolizumab for advanced endometrial cancer.

Both outcomes of second progression-free survival (PFS2) and duration of the next line of therapy in patients with previously treated advanced endometrial cancer who were treated with lenvatinib (Lenvima) plus pembrolizumab (Keytruda) on the phase 3 Study 309/KEYNOTE-775 trial (NCT03517449) favor use of the combination vs physician’s choice of chemotherapy, according to data from an exploratory analysis presented at the 2022 American Society of Clinical Oncology (ASCO) Annual Meeting.1

The phase 3 Study 309/KEYNOTE-775 trial enrolled patients with advanced endometrial cancer following systemic platinum-based treatment to receive lenvatinib/pembrolizumab or chemotherapy.2 This prespecified exploratory analysis analyzed PFS2, defined as the time from randomization to disease progression on the next line of treatment or death, per RECIST v1.1, in both the pMMR and all-comer groups. Subgroup analyses of PFS2 further evaluated baseline characteristics, median time to randomization to next line of therapy, and median duration of next line of therapy.

Eligible patients had advanced, metastatic, or recurrent disease, had received treatment of 1 platinum-based chemotherapy, and had an ECOG performance status of 0 to 1. MMR status was stratified by pMMR vs mismatch repair deficient (dMMR).

Similar baseline characteristics were reported across the pMMR and all-comer groups, including median age, race, performance status, and number of prior lines of therapy.

The investigators concluded that these findings support the clinical utility of lenvatinib and pembrolizumab in this patient population. 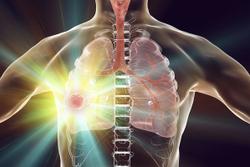