Data from the phase 2 LOTIS-2 clinical trial supported the accelerated approval of loncastuximab tesirine for patients with relapsed or refractory large B-cell lymphoma.

The decision by the FDA is based on data from the pivotal phase 2 multi-center, open-label, single-arm, LOTIS-2 clinical trial (NCT03589469), evaluating the efficacy and safety of the antibody-drug conjugate (ADC) in patients with relapsed or refractory DLBCL following 2 or more lines of prior therapy (n = 145).

Loncastuximab tesirine demonstrated an objective response rate (ORR) of 48.3% and a complete response rate of 24.1%. The median duration of response in 70 responders was 10.3 months, with a median time to response of 1.3 months

Data from the trial were previously reported at the American Society of Hematology Annual Meeting and Exposition.2 In high-risk groups, durable responses were seen, including 6 out of 13 patients (46.2%) with progression following chimeric antigen receptor T-cell therapy, 5 out of 15 (33.3%) with double- or triplet-hit lymphoma, and 13 out of 29 (44.8%) with transformed DLBCL.

The toxicity profile was manageable with the most common grade 3 or higher treatment-emergent adverse events observed being neutropenia with a low incidence of febrile neutropenia, thrombocytopenia, gamma-glutamyl transferase increase, and anemia.

“The FDA approval of Zynlonta is an exciting advancement for patients with r/r DLBCL and a transformational event for ADC Therapeutics,” Chris Martin, Chief Executive Officer of ADC Therapeutics, said in a press release. “We extend our deepest gratitude to the patients who participated in our LOTIS-1 and LOTIS-2 clinical trials, their families, the study investigators and our employees, as their commitment made this important milestone possible.”

Prior to its approval, the agent was granted priority review for this indication in November 2020. The approval comes ahead of the prescription drug user fee act (PDUFA) target action date set by the FDA for May 21, 2021. 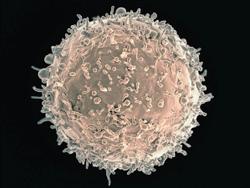