The FDA approved selinexor in combination with the corticosteroid dexamethasone for the treatment of adult patients with relapsed/refractory multiple myeloma.

The US Food and Drug Administration approved the use of selinexor (XPOVIO) in combination with dexamethasone for adult patients with relapsed or refractory multiple myeloma, according to a press release issued by the agency on July 3. The approval applies to patients who have received at least four prior therapies and whose disease is refractory to at least two proteasome inhibitors, at least two immunomodulatory agents, and an anti-CD38 monoclonal antibody.

“Despite recent advances in the treatment of multiple myeloma, almost all our patients will develop disease that is resistant to the five most commonly used anti-myeloma drugs we currently have available, and the prognosis for this patient population is particularly poor. The accelerated approval of oral XPOVIO marks an important advance in the treatment paradigm for patients with relapsed refractory multiple myeloma, and in my view, is an important addition to our therapeutic armamentarium,” said Paul Richardson, MD, clinical program leader and director of clinical research at Jerome Lipper Multiple Myeloma Center at the Dana-Farber Cancer Institute, in a press release from Karyopharm, the pharmaceutical company behind XPOVIO.

The approval was based on efficacy and safety in a prespecified subgroup analysis of 83 patients whose disease was refractory to bortezomib, carfilzomib, lenalidomide, pomalidomide, and daratumumab. These patients were included in part 2 of STORM, a multicenter, single-arm, open-label study of 122 patients with relapsed/refractory multiple myeloma who had previously received three or more anti-myeloma treatment regimens, including an alkylating agent, glucocorticoids, bortezomib, carfilzomib, lenalidomide, pomalidomide, and an anti-CD38 monoclonal antibody. The patients tested also had a form of the disease refractory to glucocorticoids, a proteasome inhibitor, an immunomodulatory agent, an anti-CD38 monoclonal antibody, and to the last line of therapy.

Patients were treated with selinexor (80 mg) in combination with dexamethasone (20 mg) on days 1 and 3 of every week, which is the recommended dosage. The overall response rate was 25.3% (95% CI, 16.4%–36%), with 1 stringent complete response (CR), no CR, 4 very good partial responses, and 16 partial responses. The median time to first response was 4 weeks (range, 1–10 weeks). The median response duration was 3.8 months (95% CI, 2.3 months–not estimable). The efficacy evaluation was supported by additional information from an ongoing randomized trial in patients with multiple myeloma. 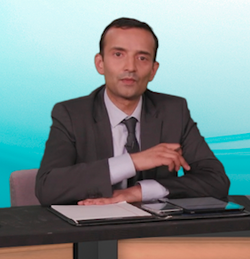